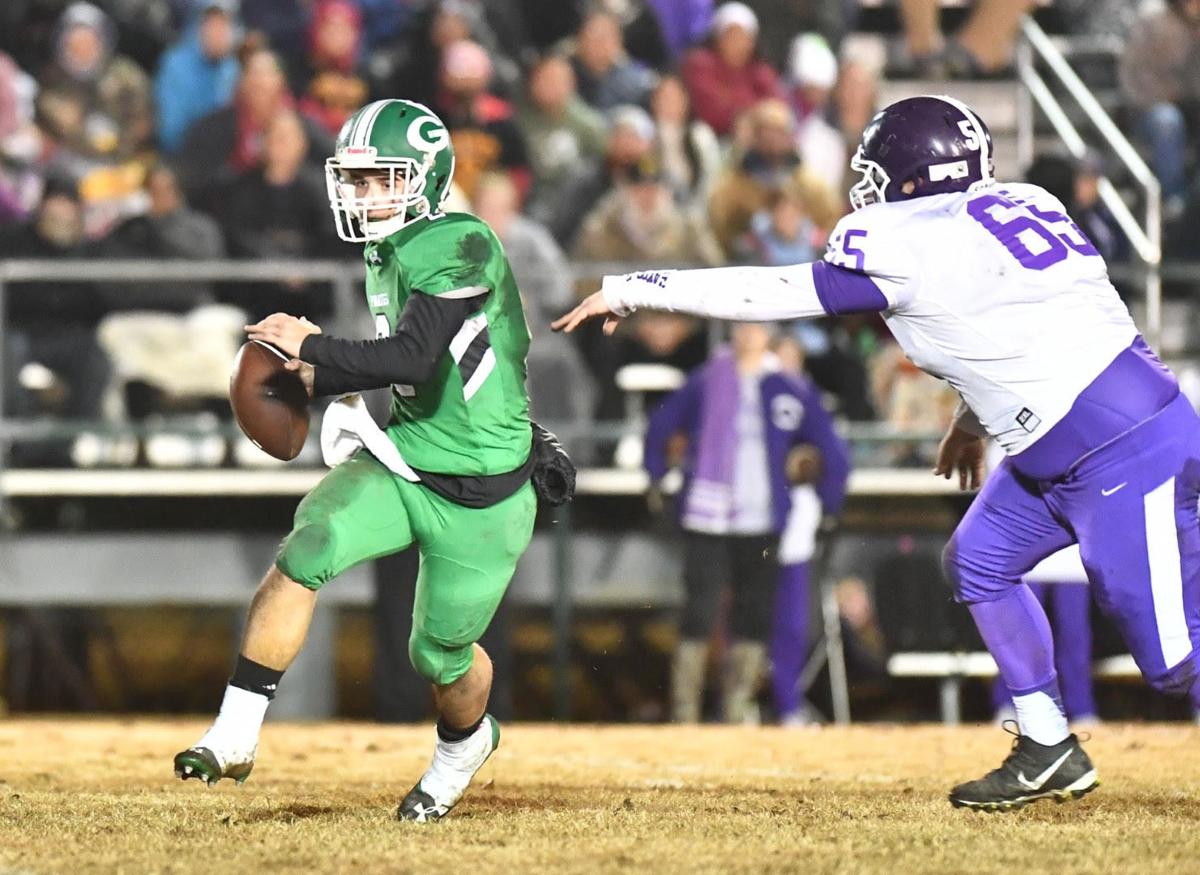 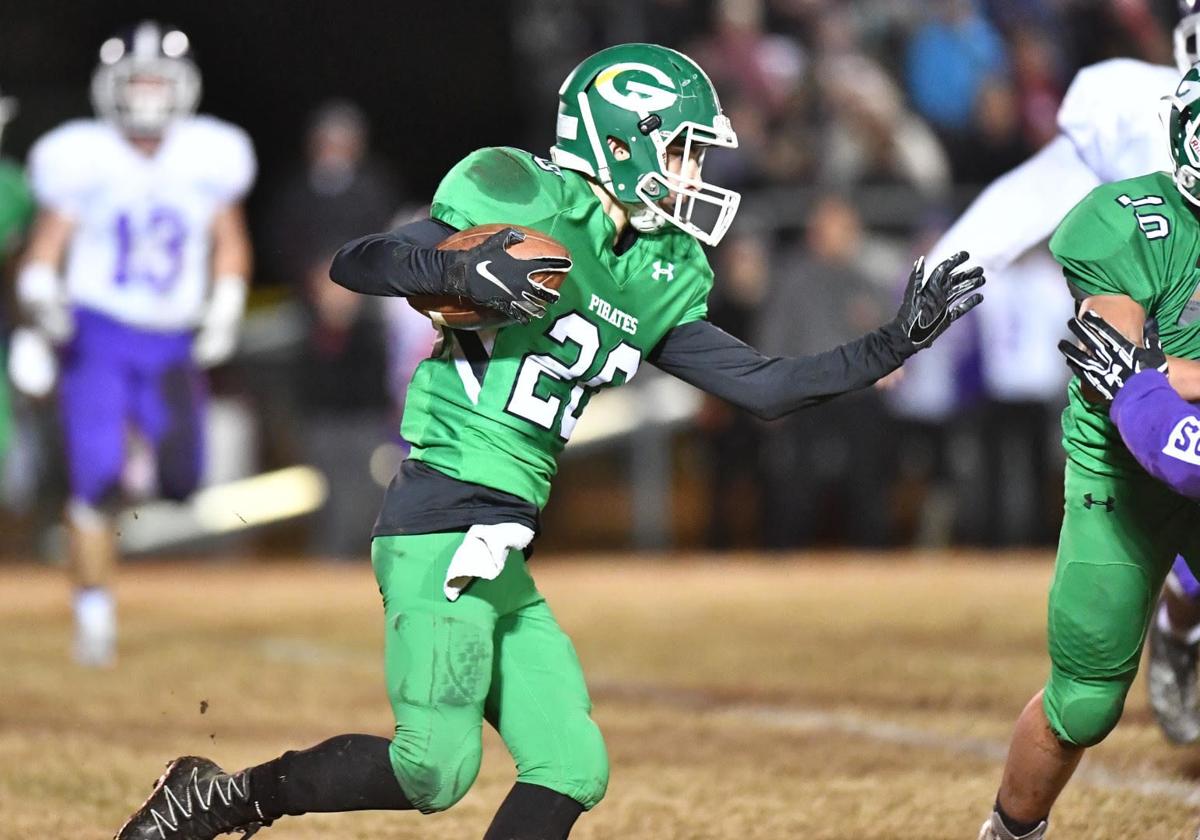 Jason Hubler returns a punt for Gore against Sallisaw Central on Friday. Gore clinched the District A-8 title with the win.

Jason Hubler returns a punt for Gore against Sallisaw Central on Friday. Gore clinched the District A-8 title with the win.

GORE — In a match-up of two undefeated teams in District A-8, the Gore Pirates came home with the district crown via a 33-6 win over Central Sallisaw.

Weston Shanks, the Pirates QB and offensive leader, completed a sustained drive with a 10-yard run down the sideline for the game’s opening score midway through the opening period.

With just 13 seconds remaining in the first quarter, Bryce Edwards, who was forced into action as quarterback for the Tigers, broke free from the stingy Pirate defense for a 32-yard scamper and a Central touchdown. The 2-point try was unsuccessful and Gore led 7-6 as the first quarter came to a close.

Edwards, normally the Tigers feature running back, handled the signal calling duties because of an unfortunate injury to starter Hayden Caughman who was involved in an automobile accident on Monday earlier this week. Caughman, despite his injuries, was in attendance as a captain at the coin toss to start the game.

The second quarter was all Pirates. Beginning with a drive that had Gore first-and-goal at the 3-yard line, Central held them to a fourth and goal on the 1, but Shanks, aided by his offensive line, was able to make a push for the score on fourthth down to take a 14-6 Pirate lead.

“It feels so good to be district champions,” said Shanks. “We worked so hard for this moment. I’m just glad it’s here and we got it.”

The Tigers ensuing drive ended with a punt that was returned 70-yards by Jason Hubler for another Gore score with 3:33 remaining in the half. The Christian O’Conner extra point was again good to end the first half scoring at 21-6 in favor of the Pirates.

Both team’s defenses stiffened in the beginning of the second half resulting in a scoreless third quarter. Coach Brandon Tyler noted afterward. “The defense stepped up when we had to, it was sort of a bend not break kind of deal.”

Shanks, who totaled 147 yards rushing for the night added a 5-yard TD in the beginning of the final quarter and another with a 49-yard run up the middle on an option with 5:52 remaining in the game.

Tyler’s comment on the district title was all about the players.

“It feels great for these kids man, I’m happy for these guys,” Tyler said. “For the two years or three years I’ve been here to get to this spot it feels great. We were two points away last year down there and let it slip away.”

The Pirates will have at least two home games as champion, the first next week against Konawa.