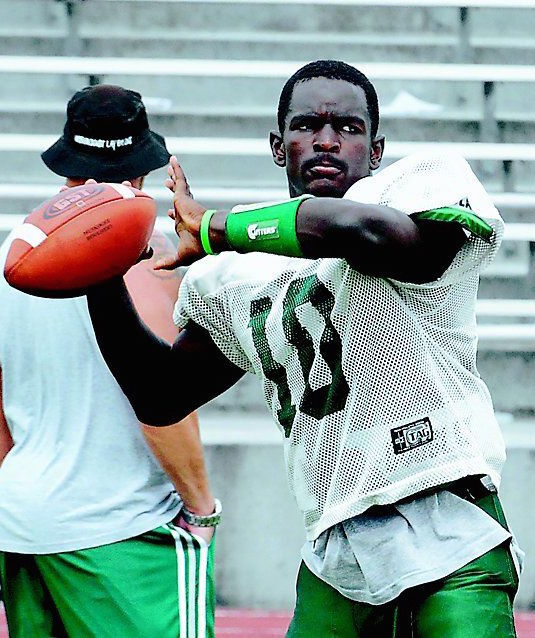 Victor Williams throws a pass in practice during his Muskogee High days. 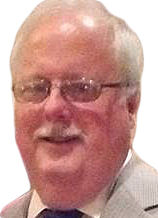 Victor Williams throws a pass in practice during his Muskogee High days.

The easiest thing when I talked to Victor Williams this week would have been to talk about this.

The one-time Muskogee High quarterback who later became a standout receiver and ran track at Dartmouth College was in cybersecurity sales when he decided he was “working for another man’s dream” and instead laid the groundwork for pursuit of a boxing career, starting with Golden Gloves and a new gig as director of operations for Nuboxx Fitness in Washington, D.C.

That would have been easy.

Instead, we talked about what much of the nation is talking about: Incidents of police brutality and rioting in the streets.

At least from my perspective, among those I consider close friends, I may have as many friends of color as I do white. Yet guys, perhaps more than gals, tend to engage in shallow waters of conversation: Sports, trucks, and sports.

To engage in something high-level, well, it takes work.

“Smoke” as Williams was known as in high school, knows Muskogee. He knows us. He also knows a bigger, broader world out there, and still in his 20s, will experience that far deeper on the track he’s on.

So for starters, I asked him about George Floyd’s death.

“He’s just another case of America not valuing the black body or an example of systemic oppression, and it’s sad,” he said. “Beyond that, I think America, I wouldn’t say the majority, but a lot of people have really responded. At the end of the day we can’t say we want to treat people as equal and not do that.”

He understands that response has come with unfavorable outcomes of destruction and death. He doesn’t endorse that. But there’s something about the ongoing dialogue that about it that troubles him, and it deals with where the conversation starts.

“It’s unfortunate what’s happening to these businesses, but black people shouldn’t have to go through this over and over, without seeing justice,” he said.

Try to understand that from the perspective of a man who, because of his color, could have easily had a knee to his throat for eight minutes. Or, as a kid, playing with a toy gun mistaken as a real deal. Or, simply jogging in his neighborhood.

Close your eyes. Think of those situations and imagine if he was white. Matthew McConaughey in “A Time To Kill” pointed that out. If you missed the movie, it’s worth a watch.

Williams posted a four-minute illustration on his Facebook page on systemic racism in housing, education, hiring and incarceration rates and how they can inter-relate to cause harm.

I asked him if he had ever experienced blatant racism.

“I think I’ve been very fortunate in my short adult life not to have to deal with that,” he said.

But, not free and clear from it.

Like his awareness of a white woman he walked past that clutched her purse a little tighter. As a kid, on a local AAU team who was “beating the mess” out of a whiter team, there came to his ears a cry from the stands, “Get those little monkeys off the court.”

“If you’re a kid, you don’t know what the hell’s going on,” he said. “But as I look back at it, it’s so vivid. It was a problem for our coaches and a problem for a lot of the parents on our team.”

His perspective grew at Dartmouth when controversy over a fraternity and sorority’s “Crips and Bloods” party broke out.

Look,  he says, beyond the negative connotation of those two gangs.

“The reason it started was to provide people of color, men of color, a social  brotherhood designed to uplift the community,” he said. “It got lost along the way for a multitude of reasons.

“I wasn’t one to get super angry about it, I don’t have any ties to that or know anyone who was super involved. But those people probably had no idea about how they began. The important thing is not to invalidate someone’s experience.”

The overwhelming majority of officers are good. Sadly, it’s the small percentage who over the long haul make their jobs difficult, make it hard to build relationships and trust in the communities they are sworn to protect.

But it’s more than that.

In talking about presidential politics, “Smoke” turned the focus away from the White House race.

“No one seems to pay attention to the state and local elections, and those are the people who determine what the reality is in that town and region,” he said.

But the real work, he says, starts even closer to home.

“You can’t fix it until you recognize the problem,” he said. “Once you’ve done that, engage. Listen to understand.”

We can’t do that on social media, holding our own pep rallies only with people who are like us, who think like us socially, culturally or politically. Neither side can.

The Jim Crow era is long gone, but issues remain.

So take the trip across the divide, have an honest discussion, and maybe build some bridges of mutual understanding.

All it takes is a willingness to listen.