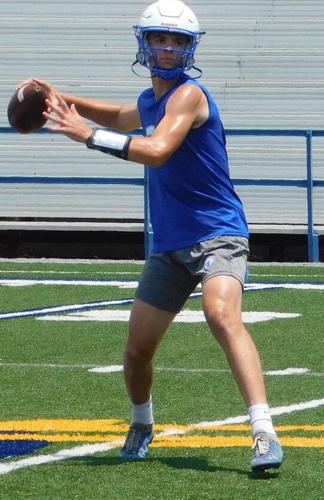 Haskell quarterback Brannon Westmoreland looks to throw in a 7-on-7 tournament Thursday. 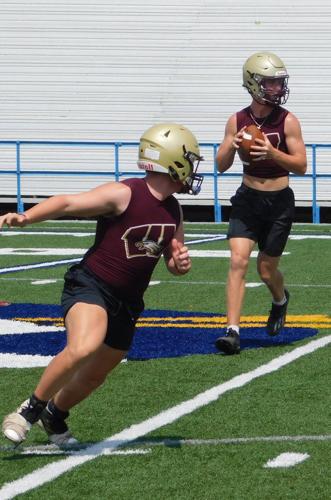 Warner’s Jace Jackson looks to throw in 7-on-7 tournament action Thursday at Haskell. 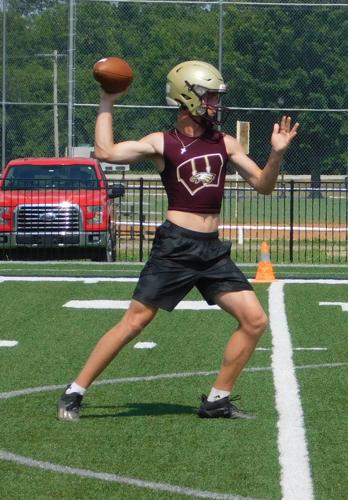 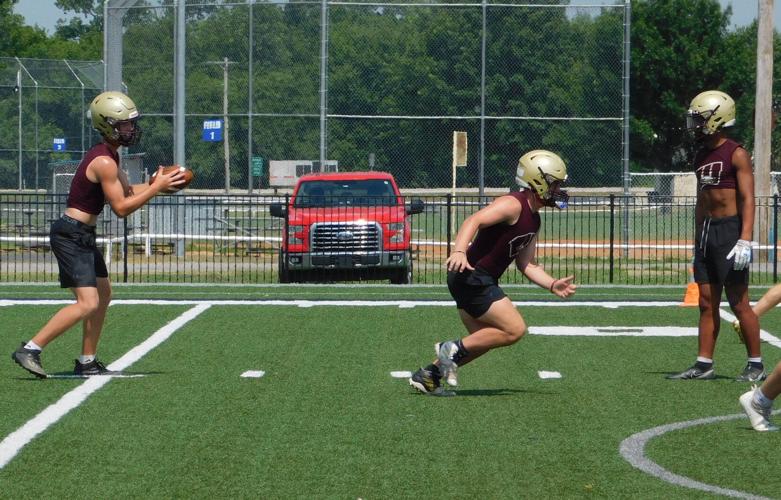 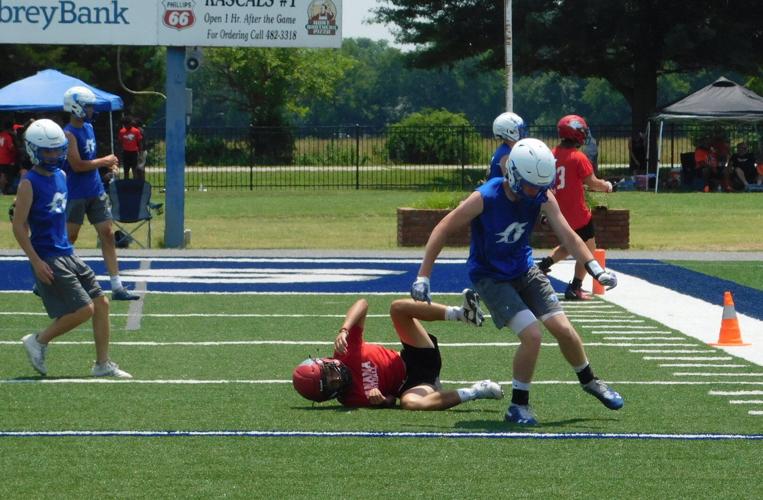 Action at the 7-on-7 tournament for small schools Thursday at Haskell.

Haskell quarterback Brannon Westmoreland looks to throw in a 7-on-7 tournament Thursday.

Warner’s Jace Jackson looks to throw in 7-on-7 tournament action Thursday at Haskell.

Action at the 7-on-7 tournament for small schools Thursday at Haskell.

Haskell wound up runner-up in its own Small School 7-on-7 Tournament  Thursday, losing to Beggs 26-12 in the finale.

Beggs knocked Warner off in one semifinal to reach the finale. Haskell beat Liberty and Tulsa Hale JV in bracket play. Those scores were not obtained.

“Overall we got a lot of good work and looked good at times, but had some bad things too,” said Haskell coach Phil McWilliams. “7-on-7 isn’t football but it’s reps and a chance for defenders to feel a little more comfortable on defense.”

Brannon Westmoreland returns at quarterback for the Haymakers.  Lane Mann, Lucas King and Briley Love return at both receiver and in the secondary.

“We made a few mistakes on dropped balls that could have made a difference here and there but we ran our routes good,” said Warner’s first-year head coach, John Williams, who has a quarterback returning in Jace Jackson, who was injured and missed the first-round playoff contest last year, which the Eagles lost to finish 9-2.

“Jace is a junior and looking good and our receivers are guys who played behind three senior starters last year,” Williams said.

The Eagles’ 7-on-7 look doesn’t include the running threat of Preston Cannon, a strong 152-pound back who will take over the load from the graduated Mason Jim.

“He’s fast, durable, and the strongest guy pound-for-pound on our team,” Williams said.

Warner and Haskell have met three times in 7-on-7 over the summer.

Standard points were given offensively with points awarded to the defense for turnovers.