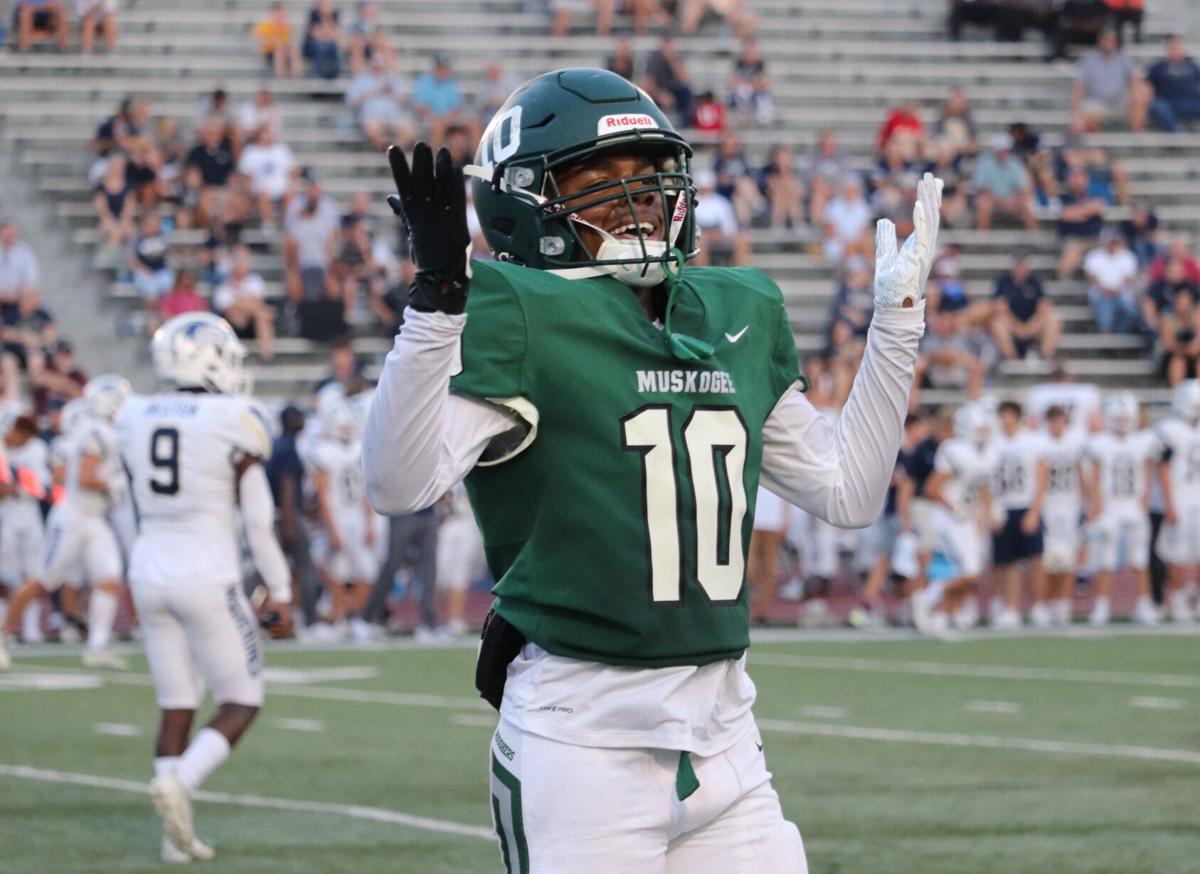 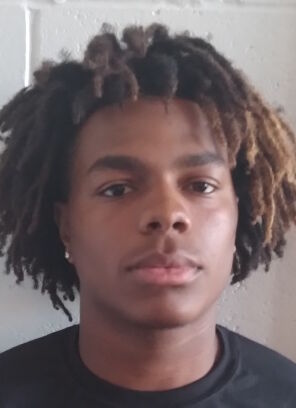 Through some of the summer and two games into Muskogee’s football season. KD Freeman has exhibited one of the qualities a first-year coach attempting to build a culture loves.

It actually started a year ago when the wide receiver as a freshman was asked to play H-back as a sophomore.

“I didn’t like H-back, but I dealt with it,” the junior said.

Then the staff decided Freeman would be a better fit at outside linebacker.

Then Hunter Hess, the middle linebacker, went down with a knee injury and was lost for all of 2021.

Freeman was asked to move to middle linebacker.

“To be honest, I felt better on the outside,” he said. “I’m not a very big kid, and we have an outside linebacker who is bigger. I think he could do that job, but I’m fine with it. I feel like I have made my way through and got the job done.”

The roster lists Freeman at 5-foot-8, 180 pounds, but he’s looks lighter than that. His head coach even referred to him as a 150-pounder.

Maybe he’s actually somewhere in between.

But whatever he is on the scales, Hill said Freeman has been one of the most consistent players overall  on the defensive side in two contests.

“He came in as an outside linebacker in the spring and he was very good,” Hill said. “He isn’t the biggest guy, but he plays with speed and aggression.”

“KD is better-designed to be an outside linebacker,” Hill said. “But with Hess out, we made that move, and he held up great during passing league. And now, with the downhill stuff (in the run game), he’s come in and made an impact, not as the 6-2, 220 pounder you like to see there, but by using his athleticism to make plays.

“I played with linebackers a lot like him in high school. He’s got the speed to beat them to the spot and he’s done a good job.”

The other thing Hill pointed out which has come to be an asset for Freeman is what the head coach calls “a critical thinker” mindset.

“When we’re talking schematics he’s the one who asks questions to pry a little bit, sort of like ‘Coach, I see what you’re saying, but…” Hill said. “And the thing about that is, you see the wheels moving even if they’re beyond what is being said. That’s the sign of an intelligent football player.”

Freeman says that comes from playing a little of everything in his football life.

“I can read the field pretty well and have some knowledge about every position, so I’ll ask about situations regarding those positions,” he said. “Being in the middle, I’m kind of the quarterback for the defense, so I think I benefit from knowing those things and taking not just what they give you but learning as much as I can about as many situations as I can.”

Freeman is also trying to add some weight. But he’s also focused on conditioning. The pace of the season opener playing defense against Greenwood’s hurry-up style had a noticeable affect all over the defensive unit, with the defending 6A champions to the east of Oklahoma racking up over 700 yards. Last week against Bentonville West, that yardage amount was sliced in half.

“We worked as a team on stamina and conditioning in practice, but I was also conditioning at home, running, doing some things different eating-wise, and just taking better care of my body,” he said.

Something else he takes care of is how he is presented on the roster — simply KD, which is great for writers, editors and broadcasters.

But that’s not his birth name. It’s Karderious.

Instead, he goes with his nickname. Simple, and right off the tongue or keyboard.

“My mom told me a year ago that KD actually stands for Kill ’em Dead,” he said with a grin. “The person that named me that was my uncle, Cartrell Maxwell.”

Maxwell, himself, a Rougher linebacker, tagged KD with that shortly after his birth. Mom, KD said, went with the initials.

However it happened, it fits, just as he fits in the middle of the MHS defense.