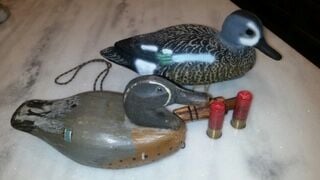 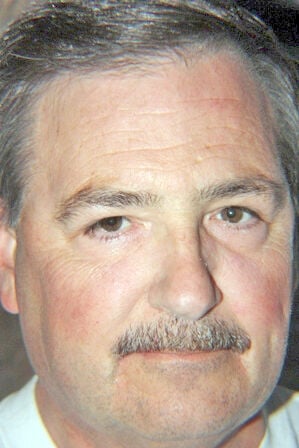 Dove season is in full swing having started earlier in the week.

Dale Grant, a sophomore at Muskogee High School, said he enjoys hunting ducks as well as doves. His dad, Ryan Grant, started him in hunting at about age five.

Last year, Grant went dove hunting with his dad and a few other people.

“We were hunting an old wheat field and the doves were just everywhere. Groups were coming in all around. Everybody had a chance to shoot and it ended up being ideal,” said Grant.” We had a good dinner afterwards.”

“When I was younger, my dad or sometimes my papa took me hunting.  Now, I enjoy the thrill of watching the doves or ducks come in and I love getting the chance to shoot,” related Grant.

Waterfowl season is upon us.

Oklahoma’s teal and resident Canada goose seasons both begin next Saturday, Sept 12th. The goose season ends Sept. 21st and the teal season winds up Sept. 27th.  Hunters are required to have the proper federal and state licenses and stamps for both of these early seasons.

A Muskogee High School junior, Trapper Green, was duck hunting on the river one time.

“The whole sky turned black from all the ducks’” said Green.

Ducks are his favorite thing to hunt. His dad, Jason Green, is the one who got him started in hunting.

I visited with Muskogee’s David Hix, who is an avid waterfowl enthusiast.

Hix was optimistic about the outlook for the waterfowl season.

“There’s plenty of grass on the river and August was cooler than normal and that brings birds down from the north,” said Hix. “ I only go out for an hour or an hour and a half in the morning.

Sixty degree mornings will be a bonus. I am seeing good numbers of birds.”

Hix loves the sunrise and the fellowship with other hunters.

During teal season, a person needs around two dozen regular decoys then topping them off with a mojo decoy will help immensely. Place them about 20 yards out in shallow flooded grass.

You won’t need to call much for teal but, every once in a while, it helps. Ducks usually are a little easier quarry to hunt than geese.

Typically, the deeper into the season you hunt, the most educated the waterfowl become. You must work harder to conceal yourself.

Personally, I shoot a Browning 12-gauge semi-automatic. I use a three inch shell #4 shot.

Study up on the regulations and bag limits. You must have your gun plugged when you go out to hunt.

In a story I wrote in 2013, Connor Scott shared a recipe he used. The advice was to marinate the duck in orange juice for 12 hours, then wrap it in bacon and cook it in the oven.

Spencer Smythe recommended his recipe which was to use an Italian dressing marinade overnight, then bacon-wrap and grill the duck.

Blue-winged teal and green-winged teal are among the earliest ducks to travel through Oklahoma in the fall as they migrate southward on their traditional journey to wintering grounds in Mexico and Central and South America.

It’s not too late to get out and scout. The early waterfowl season affords hunters an opportunity to hone their skills ahead of the normal season. Birds normally migrate through quickly and don’t stay in Oklahoma for long.