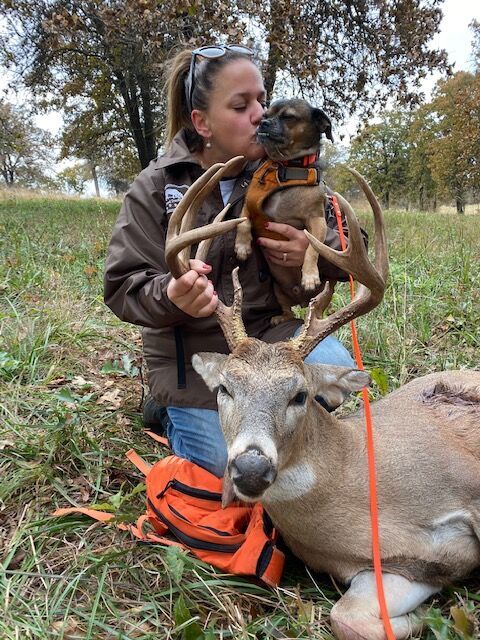 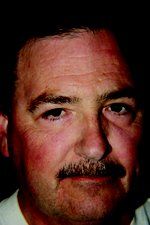 Chances are, if you have hunted long enough, you or someone you know has failed to recover a deer.

Oklahoma Blood Trackers can aid your efforts to find the animal. The organization has over 4,500 members statewide and continues to grow.

While visiting relatives in South Texas a couple of years ago, I spotted my brother-in-law’s fresh copy of Field and Stream.

On the cover was a story by Will Brantley over tracking dogs and it caught my eye.

Canines, long known as man’s best friend, can now be used to aid hunters in locating a downed deer that might otherwise never be found.

This fall was the sixth season that Oklahoma has allowed dogs to track a wounded deer.

The United Blood Trackers Association was founded by John and Jolanta Jeanneney of New York along with some other area trackers in 2005. John had seen the technique of using dogs to find downed, large game in Europe.

United Blood Trackers has been the driving force in working toward legalization of tracking across the country, organizing workshops for tracker training, offering tracking tests for national certification and offering support to trackers of all levels of experience.  You can find contact info on the nearest tracking team on the “Find A Tracker”map on UBT’s website, unitedbloodtrackers.org.

Born and raised on the west coast, Katie Sanderson of the Oklahoma City metro area grew up around dogs her entire life.

“I worked in and around the AKC kennel club shows and obedience trials. Later, I joined the U.S. Navy and served in Norfolk, Virginia. I met my husband in Oklahoma during a trip with fellow shipmates,” said Sanderson. “Ultimately, he led me back to this wonderful state where I settled 25 years ago. We became avid hunters and, somewhere along the way, I  transitioned into just tracking wounded game for hunters with my dog, Brutus.”

Sanderson explains, “I just have one tracking dog. Almost 11 years ago, I adopted him from a local pound.  Brutus was slotted for euthanasia when we found him. He is a true mutt. I do not know what breeds he represents but I refer to him as a “pughound”  because he clearly has pug in him.

"I was looking for a new family member, first and foremost, who then showed me he wanted to track wounded big game. He is a rarity in the tracking world for sure, as most have dogs that are bred specifically for tracking.”

Sanderson continued, “Our dog was always sniffing things. Any bag brought into the house had to be investigated ---even a friend’s purse. One day, my husband was watching a hunting show about deer recovery dogs. He just jokingly said, 'Do you think that weirdo could do it?’ The next deer he shot, I brought Brutus out, put him on the “hit” site and he took off, around the corner 50 yards away running to the deer.”

In regards to the next few deer, Sanderson did not know which way they went,  but found them all. These types of tracks are referred to as “red carpet tracks." They are easy because the scent isn’t disturbed by us humans commencing stompathons also known as “grid searching."

Sanderson would rather track deer now than hunt.

“As soon as I get to your deer stand, the phone starts ringing or text messages start rolling in. It can get pretty busy with 15-plus calls a day, even more during season opening days, including black powder, rifle, youth,  et cetera,” she explained.

“I have had several successful years tracking. In my opinion, success can be measured in many different ways … numbers, how many you’ve found, or growth in your team by skills and bonding each season, or, most importantly, by giving hunters the peace of mind knowing that they have ethically exhausted all resources for finding their game."

Oklahoma is an “on-lead state” which means your dog must be leashed while tracking.

Sanderson said you must make contact with the warden for the county you will be tracking in by text or by phone. You are not allowed to have any “means of take” on you or the hunter. No weapons.

The national recovery averages on lead are anywhere between 27-33%, depending on how an individual calculates their season and how much they track.

Almost four years ago, Jerry Gregston and Sanderson took a leap of faith and decided to create a Facebook group where hunters could access certified teams. Our map of trackers is unique in that we have two colored pins, the red pin signifies certified teams while the blue pins signify a new team or one that has a year to be peer reviewed through one of three national organizations.

We have three requirements to be listed with us. First, understand and know the ODWC regulations regarding using tracking dogs to find wounded game. Second, be listed with a one year probationary period and third, obtain certification through one of three national organizations within a year — the United Blood Trackers (UBT1, UBT2,UBT3), JGHV (VGP), AKC (TD, TDX).

These are minimal requirements that help hunters new to tracking find a qualified tracking team.

Oklahoma Blood Trackers strives each and every year to help promote the use of tracking dogs and hold workshops to help those wanting to get started to those that have been tracking for several years. The network of tracking teams goes beyond Oklahoma — it’s nationwide and global. It’s not for everyone, but for those that catch the bug, there is a wealth of knowledge out there.

There are several states that border Oklahoma that they work with such as the Missouri Blood Trackers, Kansas Deer Recovery, Arkansas Blood Trailing Network as well as several Texas groups.

It’s a good feeling to know fellow trackers from other state groups and  it has helped several times to connect out of state hunters with a tracking team.

Every spring, the Oklahoma Blood Trackers host “Tracklahoma” in Edmond at Lake Arcadia.  Several out of state trackers come in to help with the tracking workshop and cover everything from how to start a puppy to working through grid searched areas. They hope to hold it this year either in March or April.

Sanderson told me in December of 2020, “I have been on 38 tracks and fortunate to have found 12 so far this season with about a month and a half left to go, so my recovery rate is right at 31%,” Sanderson said. "What matters to me most is helping people. I know, all too well, that sinking feeling when you lose hope. We try to bring that hope back. Sometimes, it turns out the way we all want, sometimes, it’s not found. This is due to multiple reasons, for example, it wasn’t a lethal shot, the deer was bumped/pushed and ran too far, from pursuing it too fast,  property line issues, or too much grid searching that has spread the scent everywhere making it difficult for the most seasoned of teams to work through.

"Lots of variables go into tracking and it’s much more complex than just putting your dog on a leash.”

One of Sanderson’s favorite quotes is from John Jeanneney, who said it best:

“The relationship between a tracker and their dog is special, it is not one of command and obey. The dog is neither a tool nor a toy. You are partners giving each other advice. Each brings something to the work that the other doesn’t have and cannot do alone.”

Here's an early Christmas shopping hint. John Jeanneney authored a book. “Tracking Dogs for Finding Wounded Deer,” now in its second edition. Like most items for sale in the world, it’s on Amazon.

While no one wishes to just wound an animal,  trackers can help complete a hunter’s season.

As always, check the ODWC hunting regulations before going afield or using dogs as you will need to contact a game warden.

Late update: Best wishes to Brutus who tore his CCL (ACL in human terms)  and is on the mend. Sanderson says Brutus hopes to be back tracking by rifle season.