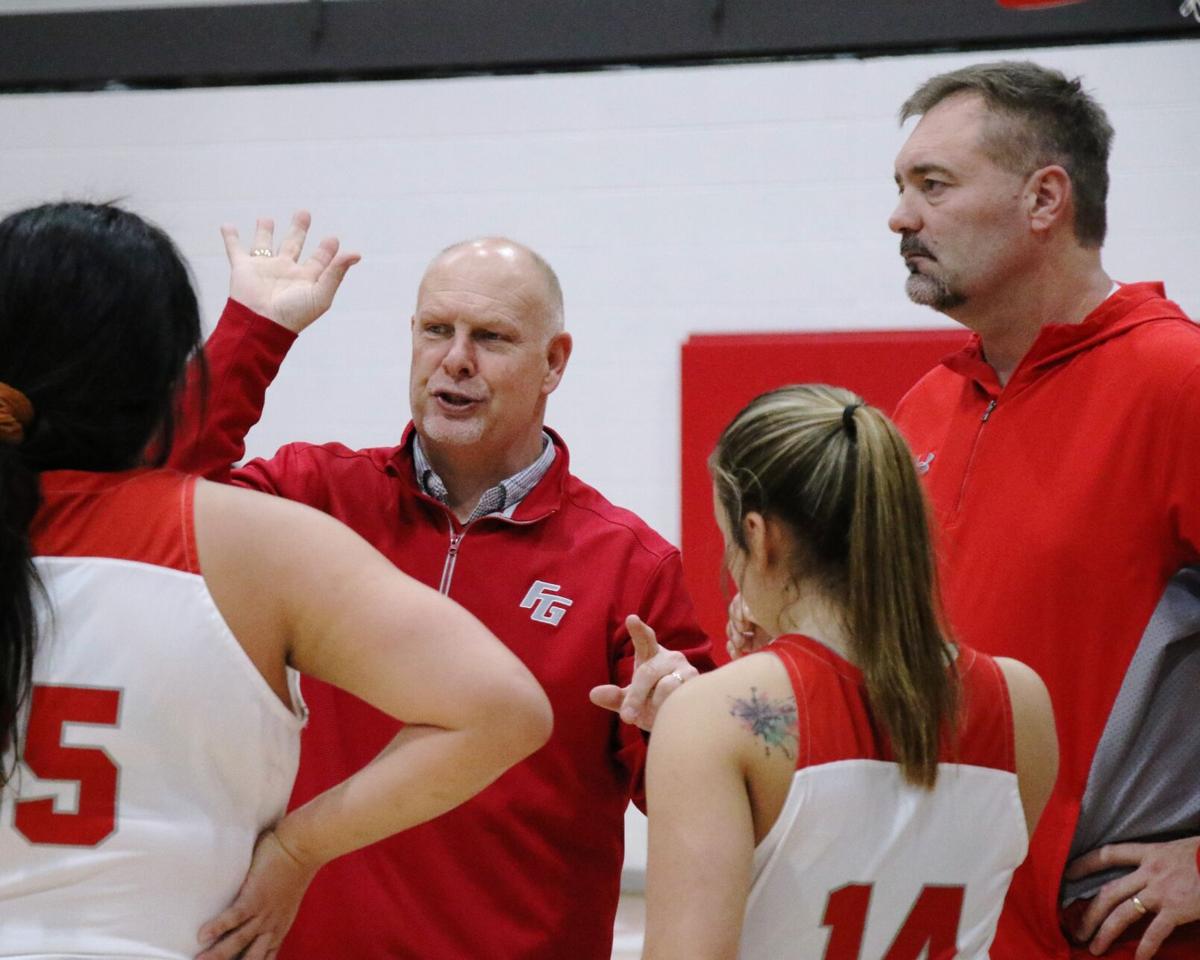 Nothing changes at Fort Gibson — so it is said.

The slogan that became prevalent when Jerry Walker handed the reins over to Chuck London four years ago will be put to the test again in girls basketball.

As of Monday night’s board meeting, the baton has changed hands again, from London to assistant coach Scott Lowe.

London’s decision, after three state trips, one championship and reaching the finals last year — a run spoiled only by last year’s cancellation of the state tournament due to COVID-19 —  has been a quiet one and one with a degree of hesitancy.

"I drug my feet a little,” he said. “I’ve had my time. Stepping away from the best job in girls basketball is not always easy to do, although I’ve made the right decision for me as well as my family — but it’s tough.

“Yet I have a peace about it. “I’m looking forward to being a fan and I know Scott is the right fit. We knew that when we brought him here. He’s got the values we cherish, he’s classy, he’s hard working, he relates to the kids well and is very knowledgeable about the game. He’s adapted well to his surroundings.”

London, who assisted under Walker prior to becoming head coach, will remain as assistant principal and athletic director, and will also take on a role on the football staff. The last of his three girls to play for him either as a head coach or an assistant, Kynzi, graduated this spring.

Lowe started as a head coach straight out of Northeastern State at Fort Towson, coaching the boys. After a year he took on both the boys and girls and then Burl Plunkett, who coached both at his hometown of Valliant as well as other high schools in Texas and Oklahoma and also as head women’s coach at Oklahoma from 1993-96, helped him land a job at Adair.

After his father’s death, Lowe went to Central Sallisaw to be closer to his mom. He went unbeaten up to the area championship game one season before losing back-to-back with a star player ill. He would eventually take on the Roland girls job before London asked him to join his staff in 2017, following Walker’s retirement.

“I was a head coach for 20 years and I think I had two losing seasons, but never got to a state tournament. Then I come to Fort Gibson and we win state our first year and later that spring I’m driving back from Oklahoma City with the slowpitch state championship," Lowe said.

“I went from feeling like the unluckiest coach around to the luckiest in a matter of a year, Fort Gibson’s been a blessing. I loved all those other places I was at but nothing compares to what I’ve experienced here and that’s hard to explain. As a coach you preach team and togetherness all the time. At Fort Gibson, it’s the whole school, the whole culture. I don’t think I truly knew what team was until I got here.”

Lowe inherits a team with one starter returning in Jenna Whiteley. Another starter, Gracy Shieldnight, has transferred. He does get back Sydney Taylor, a member of the state championship soccer team who played basketball as a freshman.

The personnel mix will mean a change in style on the court, Lowe said.

“We’re little,” he said. “We knew we were going to have to go small and play fast — running, jumping and wearing people down,” he said.

Wes Whiteley will move over from the boys side to assist. Jordan London, Chuck’s son, will be full-time on the boys staff. Walker, who came back last year as junior high coach, will also serve as an assistant.

Lowe will continue to coach slowpitch in the spring.