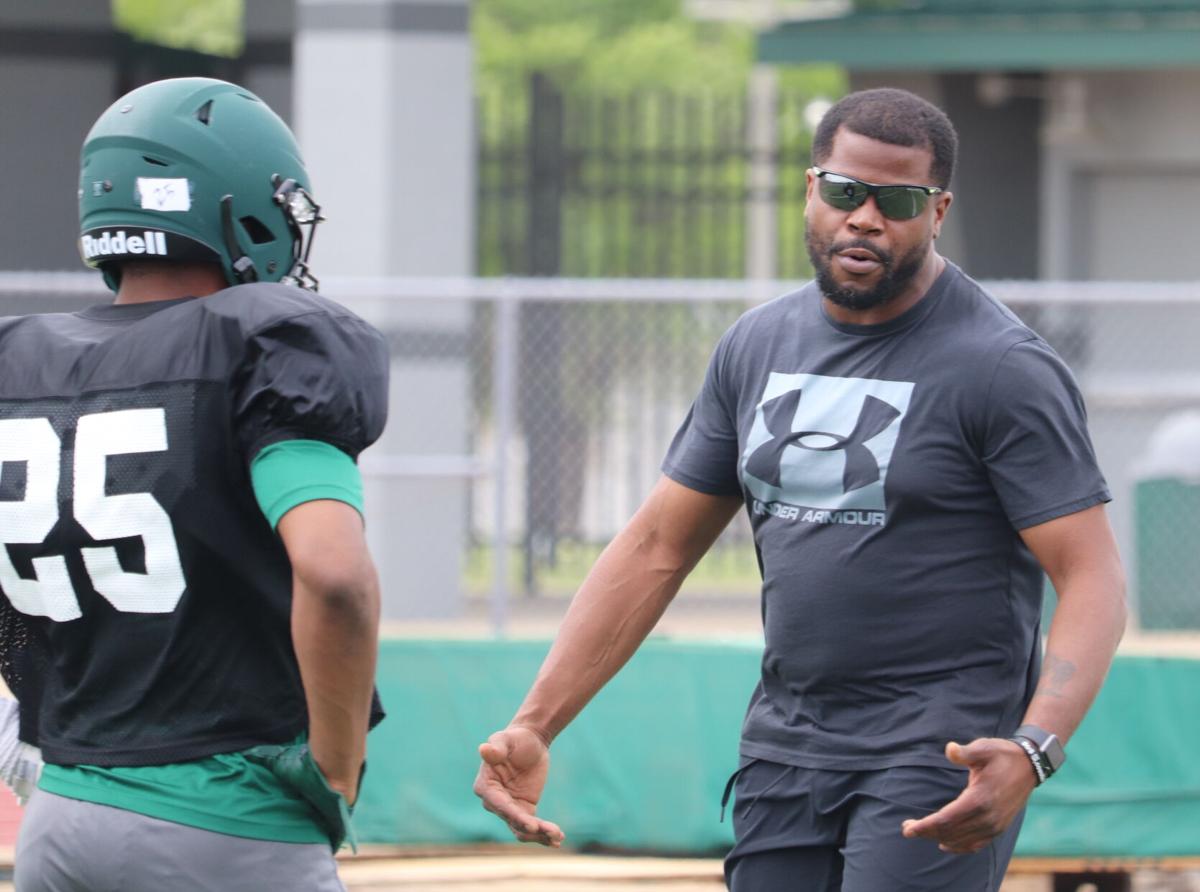 When Travis Hill got the Muskogee High football job, he said his selection for defensive coordinator fit his projected scheme plans.

To hear Steve Craver, it was much more foundational than the 3-3 stack.

“For two months we worked on philosophy and solidified schematically what we wanted to do,” he said. “There was a lot of me learning from him and he learning from me. But regardless of the scheme itself, we had to see the same on the fundamentals of the game and we had to be sound on that before we got into any scheme.”

Those fundamentals weren’t just about lining up properly, correct reads or tackling technique, or getting to meetings on time.

Craver is a walking testimony to those.

A high school quarterback of a wing-T attack at Bell High School in Hurst, Texas, who also played in the secondary, Craver was recruited then by Nebraska, West Virginia and Oklahoma for the defensive side. He committed to Nebraska, but grade-related issues would re-route those dreams through Kilgore Junior College, where he wound up as a will linebacker in a 4-2-5 package.

Todd Graham, the linebackers coach at West Virginia when Craver was in high school, maintained an eye on Craver.

“Even after I committed to Nebraska he stayed on me,” Craver said. “At that time, Nebraska was where my heart was. but really, West Virginia was a better fit.”

But after his Kilgore stint, Nebraska was no longer on the list. Texas A&M showed interest, as did Houston. But Graham would get Craver to Tulsa when he went there as head coach.  Not the Power Five school of his dreams, but a fit he made the most of.

That was one hurdle overcome. The next would be more difficult.

Craver married his college sweetheart, Hannah Taylor, who played soccer in those days at Tulsa. Craver started his coaching career in a lay capacity at Tulsa Central for two seasons before moving to Bartlesville as a secondary coach in 2010, Union as cornerbacks coach in 2011 and secondary coach at Broken Arrow from 2012-15.  The couple had two children within a three-year period and Craver chose to leave coaching for a couple of years, working for Tate Boys Tire & Service first as a manager trainee then as a store manager.

“I was working 70 hours a week and on my day off, she’d let me sleep in and take the boys to the park,” he recalled.

One of those days, the police came knocking on his front door.

Hannah and his boys had been involved in a single car crash into a tree near their home. Elijah, who was a month shy of 3, died of his injuries. Hannah suffered broken arms, legs, pelvis and a ruptured spleen.

As for Ezekiel, 1 at the time?

“A bit lip,” Craver said, describing his only injury.

Craver said a seizure led to the accident.

“She doesn’t remember the day. She had to learn to walk again,” he said.

The loss of his son motivated him to get back to what he loved, and Bill Blankenship hired him at Owasso in 2018.

“They surrounded me with a lot of support there,” he said. “I was just stuck in how much I hurt.”

He went to Broken Arrow in 2020 to coach the secondary and was there when Hill reached out with his offer.

Craver and his wife divorced, which brought a new set of emotions weighing on him.

“Part of me was angry,” he said. “We mourned differently. A lot of people came into our lives telling us what we needed to do. It drove a wedge between us.

“But I remember my parents were together 45 years when my dad passed. I knew those younger years were important to be around mom. When I got to a certain age, it was my dad I needed. But mom was always the nurturer. I couldn’t fight the selfishness I was feeling to have my son to myself so we worked through that for his sake because I knew he needed her too.”

For what it’s worth, the scheme Craver will run, the 3-3 stack, involves three down linemen and three linebackers in the box. Two others, often called spurs or hybrids, line up to contain the outside run, with a free safety who can act as an extra defender in the box while being able to flow to the outside. The cornerbacks are set deep.

“Those front guys have to be unselfish,” Craver said. “They’ve got to do whatever is necessary to keep hands off the second and third level guys. Now, we’re not married to this. We can adjust. If we get a tight end or fullback into the formation we’ll go to a four-man front.  But it’s about simplicity in our base form.”

As to how his players respond?

“We know they can run fast, we know they can jump high,” he said. “But their confidence level at this point, or the lack of, still stands out. I know they got into the 3-3 a little last year. We’ve got more preparation time now without COVID.

“What it boils down to mastering the little things, like getting to meetings on time.”

And, those character issues.  Craver has shared his story with his guys.

“For them to respect me and do what I say they have to trust me,” he said. “I talked about life and how it’s been for me to this point, and it’s been the hardest thing I’ve ever had to talk about, but it’s through the grace of God I can.”

How this can help other people made it easier to talk about, he said.

“Things didn’t go my way coming out of high school, going juco when I was supposed to go D1. Then what happened to my family,” he said. “You don’t need to let your emotions carry you into wrong ways of thinking. Life isn’t always going to be easy. I want these kids to know how going through these adversities shaped me for the life I lead.”