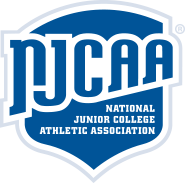 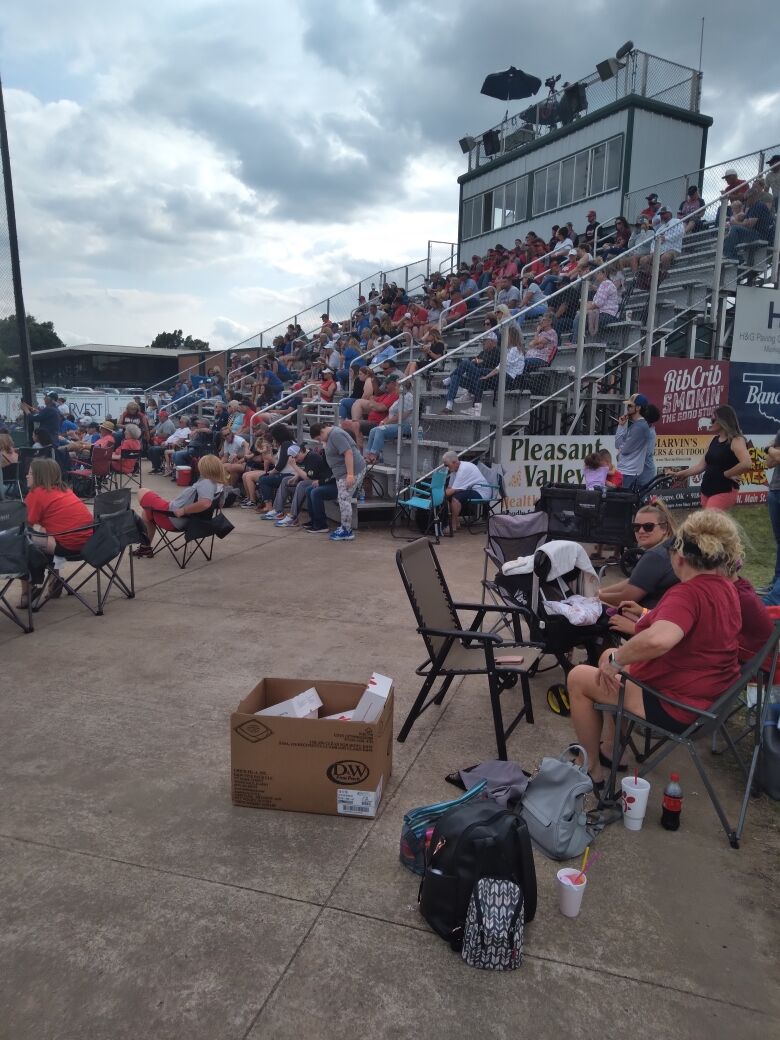 A shot of the day three crowd Saturday at Muskogee High School during the winner's bracket final between Seminole and NEO.

A shot of the day three crowd Saturday at Muskogee High School during the winner's bracket final between Seminole and NEO.

Seminole State (39-3, 30-2) comes in as the top seed and is the sixth-ranked team in the country. Northeastern A&M, the runner-up in the league, was ranked as late as last month. Rose State, Northern-Tonkawa are next, seeded 3 and 4.

Connors State (16-28, 11-19) comes in as the sixth seed.  The Cowgirls are the host team but opted to move the tournament to Muskogee. They are coached by Bryan Howard and assisted by Cory Pitts and Hunter Strickland.

Shea Moreno, C/OF, Seminole State: The Sacramento, Calif. native was an original commit to UCLA before starting at Seminole. She’s comniitted to Mississippi State for next season and leads Region II in hitting (.695 in 118 at-bats) and RBIs (92).

Ryleigh Clinton, C, Eastern: The former Sequoyah standout is second in Region II in RBIs with 74.

Katy Medlin, Connors State: Former Hulbert pitcher has a 3.28 ERA and 116 strikeouts. The one-time All-Phoenix standout also has the team lead in RBIs with 37.

Bravado Wireless, one of the primary sponsors, is livestreaming across the web on their Facebook page.

NOC-TONKAWA 8, EASTERN 0 (5 inn.) — Lynsey Alley allowed just one hit and struck out 11 for Tonkawa, running her Region II best count to 229. Meagan Bellar was 3-for-3 and drove in two runs.

NEO 8, WESTERN 3 — Mary Collins was 3-for-4 with a pair of doubles. Makiah Torres and Karis Clark each drove in two runs.

SEMINOLE 8, UA RICH MOUNTAIN 0 — Shakyrah Gladness shut UARM out on three hits while striking out seven. Mississippi State commit Shea Moreno was 2-for-3 in the three-hole behind Taylor Rowley, who was 2-for-4 and Bobbi Leitha, who went 3-for-4. Kennedy Holderread and Cydeny DeLeon drove in half of the Trojans' runs.

CONNORS STATE 3, ROSE STATE 2 — Hulbert ex Katy Medlin doubled in the first run and Makenna Murdock slamed a two-run home run, all in the first inning, and the former Lady Rider held Rose State to five hits and got out of a one-out jam in the seventh with runners in scoring position.

EASTERN 8, UA-RICH MOUNTAIN 5 -- Sequoyah ex Ryleigh Clinton hit a two-run home run up 6-5 to ice it and eliminate the Arkansans.

WESTERN 3, ROSE STATE 2 —Madison Lax scored on an infield error in the sixth to break a 2-2 tie. Sarah Spriggs held Rose State to three hits in the elimination affair.

SEMINOLE 4, NORTHERN 3 —  Maebree Robertson's solo home run in the seventh tied it and Shea Moreno's RBI single was a walk-off winner, putting the Trojans in the winner's bracket final.

CONNORS 3, EASTERN 2 — Connors outhit Eastern  7-6 and got a run on a groundout in the top of the seventh for the deciding run. Kyzia Whisenhunt led the Connors attack going 3-for-4 Sequoyah ex Ryleigh Clinton had two hits for Eastern and Oktaha ex Karli Ashing one.

NORTHERN 2, WESTERN 1— Lynsey Alley's RBI single to left was a walk-off hit in the bottom of the seventh.

NEO 15, SEMINOLE 4 — The second-seeded Lady Norse exploded for eight runs in the second inning and rode it into the championship round on Sunday. Karis Clark’s three-run home run was the big blow in the inning. Clark was 2-for-3 with four RBIs. Kate Faber and Rebecca Bell each drove in three runs. Evy Aud’s three-run blast with a solo by Taylor Rowley got the top seeded Lady Trojans on the board in the second, but they would get no closer. The two teams combined for 24 hits.

NORTHERN-TONKAWA 6, CONNORS 2 -- The host Cowgirls were eliminated as  Morgan Fowble hit a two-run home run in the fourth to break a 2-2 tie.

SEMINOLE 8, NORTHERN-TONKAWA 2 — Shea Moreno was 4-for-4 with a double and solo home run to highlight a 17-hit Trojans attack. Julie Kennedy held Tonkawa to five hits, forcing the rubber game.

SEMINOLE 11, NEO 3 — NEO had a 1-0 lead on a passed ball in the first, and Kennedy Holderread’s two-run home run in the third gave Seminole the lead for good. Beth Denny was 3-for-4 with two doubles.

SEMINOLE 13, NEO 3 — Katie Faber’s two-run triple highlighted a three-run top half of the first, but Julie Kennedy’s two-run double in the bottom of the inning broke a 3-3 tie and Seminole never looked back in punching its ticket to the NJCAA College World Series.