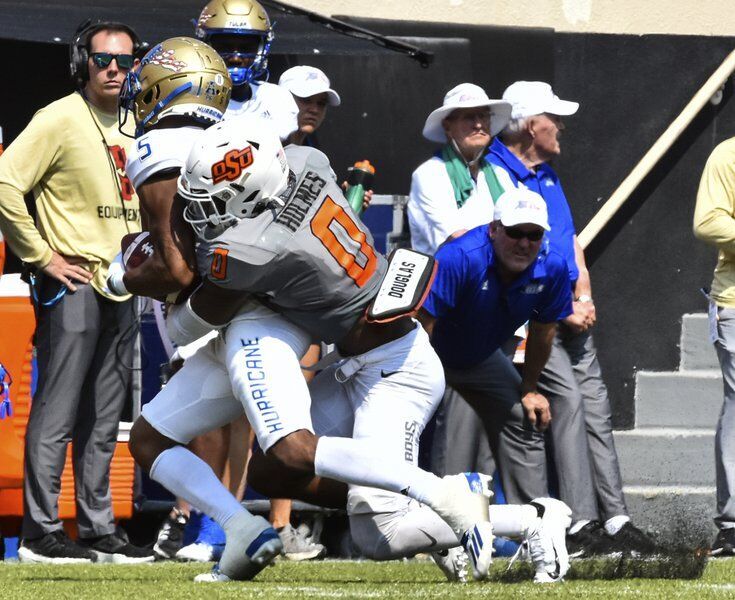 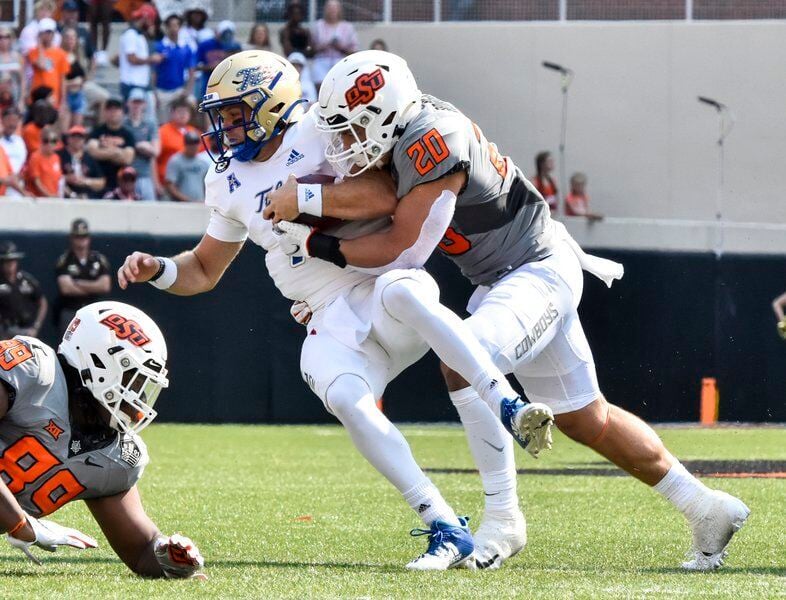 In the Oklahoma State football team's opener against Missouri State, he notched 15 tackles, and Rodriguez added a game-high 13 against Tulsa. He helped OSU fend off the Golden Hurricane in a 28-23 victory Saturday at Boone Pickens Stadium.

Rodriguez pointed to defensive coordinator Jim Knowles’ schemes as a reason for his recent success, but Knowles gave all the credit to Rodriguez.

“He’s making me look good,” Knowles said. “I said to him before the game, ‘I’m glad you’re here. Go out and make me look good.’ … He knows how I think, he knows the scheme and I do my best to put him in positions where he can see the play and react because he’s a guy that gets people on the ground.”

Rodriguez and transfer cornerback Christian Holmes played major roles in OSU’s third-down defense, which stopped the Golden Hurricane from converting on nine of their 13 third downs.

In the fourth quarter, when Tulsa quarterback Davis Brin targeted Cannon Montgomery with a pass up the middle on third and nine, Holmes refused to allow a first down. He soared into the air and broke up the pass, forcing Tulsa to punt.

Holmes also thwarted the Golden Hurricane’s two-point conversion attempt after their last touchdown, keeping Tulsa five points back from OSU in the end.

Injuries continue to take a toll on Cowboys

Tay Martin left the field after two snaps against Tulsa.

Coach Mike Gundy said he didn’t think Martin was healthy enough to compete yet, but Martin was adamant about playing. He roughed up his ankle in OSU’s opener against Missouri State, and he couldn’t stay in the game for long Saturday, hobbling off the field after attempting to catch a pass from Spencer Sanders.

As the Cowboys defeated Tulsa, injuries continued to add challenges, though OSU’s offense regained its leader with Sanders back from COVID-19 protocol. The Cowboys had limited depth at receiver because Martin, Braydon Johnson and Langston Anderson, who sustained a foot injury in warmups before the Missouri State game, were unavailable.

This created opportunities for young receivers, and after freshmen Jaden Bray and Bryson Green scored touchdowns, Martin voiced his support for them on Twitter.

Gundy said he expects Martin to be available sometime during the middle of next week.

“He shouldn’t have been out there today,” Gundy said. “...He needed two or three or four more days, in my opinion, so he needs to go on the shelf until Wednesday, and then we’ll reevaluate.”

Before the game, the Cowboy Radio Network listed Martin’s status as “questionable.” The network also reported that super senior linebacker Devin Harper was out with an injury, but Harper ended up playing and recording three tackles.

Right guard Hunter Woodard, who missed the first game of the season, did not return against Tulsa. Redshirt sophomore Cole Birmingham started in Woodard’s absence.

They arrived at OSU in the same class, and on Saturday, the redshirt junior defensive ends both sacked Tulsa’s quarterback.

“We’re locker buddies right beside each other, so I encourage him every day to go out there and work hard,” Lacy said. “...I don’t view him as a walk-on guy, I view him as one of the scholarship guys. I’m glad he got a sack out there today. I hope he gets another one next week.”

Kopenski had his opportunity during Tulsa’s first drive of the second quarter. On third and six, Kopenski wrapped up Brin, pushing him back nine yards and sending Tulsa punter Lachlan Wilson onto the field.

Then Lacy had his turn. On the Golden Hurricane’s next drive, Lacy and defensive end Tyren Irby combined for a sack, once again bringing up a fourth down. Lacy had a total of six tackles, including five solo stops.