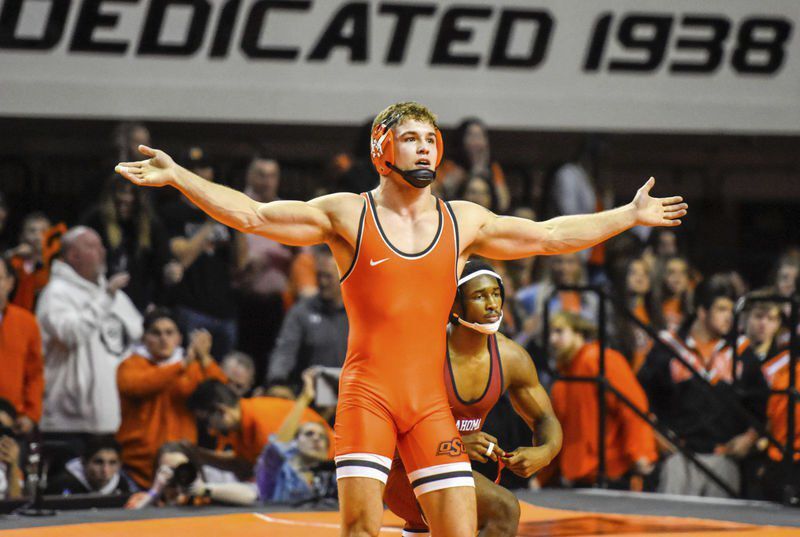 Oklahoma State All-American Travis Wittlake told the News Press on Tuesday that he's excited for the opportunity to wrestle the Iowa dual at Globe Life Field in Arlington, Texas. 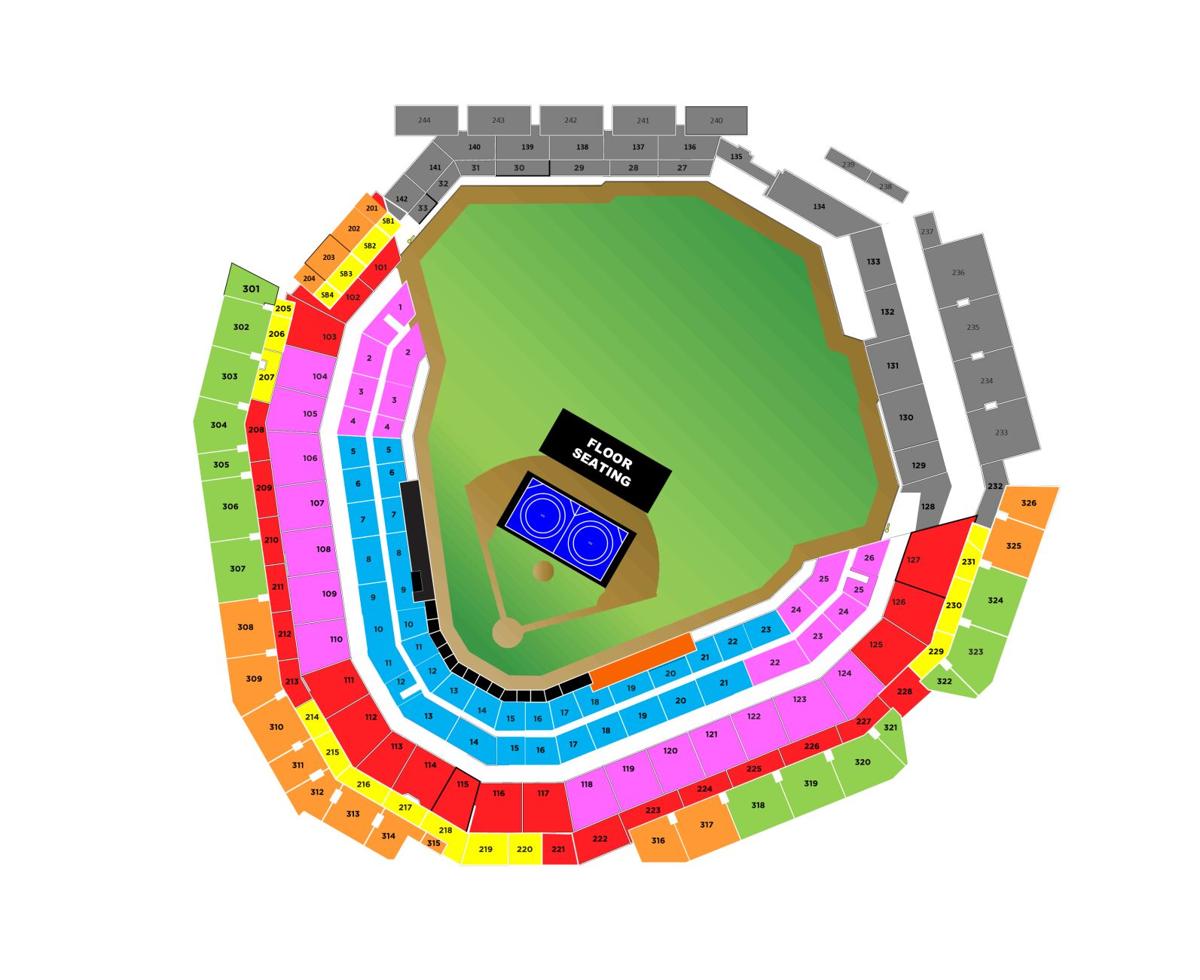 Oklahoma State All-American Travis Wittlake told the News Press on Tuesday that he's excited for the opportunity to wrestle the Iowa dual at Globe Life Field in Arlington, Texas.

STILLWATER -- The country’s biggest college wrestling rivalry is moving to its most unique venue to date.

Oklahoma State and Iowa, the top two Division I wrestling programs in terms of national championships, will renew their annual dual after a one-year hiatus due to the pandemic, and do so at Globe Life Field – home of the Texas Rangers. The dual in Arlington, Texas, will be Feb. 12, 2022.

The idea for the event being dubbed “Bout at the Ballpark” began a few years ago with Chad Weiberg reaching out to Globe Life Field as a potential venue to host an OSU sporting event.

The MLB ballpark has already hosted Oklahoma State baseball, with the Cowboys facing Louisiana-Monroe in the home of the Rangers last season. And the Big 12 Conference baseball tournament is moving from Oklahoma City’s Bricktown Ballpark into Globe Life Field with the upcoming baseball season.

“It just kept getting bigger and even more compelling for the sport of wrestling,” Weiberg said. “I think that’s what I appreciate so much about Coach Smith and (Iowa) Coach (Tom) Brands … is just their dedication to growing the sport, and I believe that our fans at Oklahoma State understand that, as well.

“So to be able to bring an event like this into a state like Texas and into a facility like Globe Life (Field), with the organization like the Texas Rangers, I think it’s just too great of an opportunity to pass up.”

As usual, the dual is expected to feature several matches between ranked opponents. Based on preseason rankings, there are four matches in which both wrestlers for Oklahoma State and Iowa are ranked – including No. 1-ranked Daton Fix of Oklahoma State and fourth-ranked Austin DeSanto for Iowa, a matchup that really electrified Gallagher-Iba Arena when they met in February 2019.

No. 1-ranked A.J. Ferrari, who became the first Texas native to win a national championship at Oklahoma State, is also expected to wrestle in a hotly-contested match against No. 3-ranked Jacob Warner – a three-time All-American for the Hawkeyes.

Another top-10 matchup to be expected is at 165 pounds between No. 2-ranked Alex Marinelli of Iowa, and sixth-ranked Travis Wittlake.

“I think the atmosphere is going to be electric just because Oklahoma State versus Iowa is always a good dual,” Wittlake said in an interview Tuesday with the News Press. “There’s a good rivalry there, and I think it’s gonna give us a chance to have a lot more fans. It’ll just be an exciting event.”

This isn’t the first time the dual has moved out of the arena setting.

In 2015, the Hawkeyes hosted Oklahoma State at Kinnick Stadium – home of the Hawkeyes football program – and smashed the previous NCAA dual attendance record of 15,996 with a staggering 42,287 in attendance (which was just under half the capacity of the football stadium).

“The hope is to always grow the sport, the hope is to go and showcase the sport at the highest level,” Brands said in the press conference. “… Texas is a big place for high school wrestling, and I always think big. You hope that maybe Austin, Texas, all of the sudden starts a Division I program. Let’s do it man, why not?”

This also won’t be the only Oklahoma State dual wrestled outside of a typical arena.

Similar to the Iowa dual in 2015, the Cowboys will open the season with a dual at Stanford that will be hosted at Stanford’s football stadium.

The capacity for the cavernous Globe Life Field is 40,300, but with the wrestling action being focused onto a mat measuring 1,764 square feet, they are originally planning to sell 27,000 tickets (with the ability to expand if needed) – which will include field seating as the mat will be positioned between the pitcher’s mound and second base, and will be on raised stages “to improve sightlines from the seating bowl” per the release.

Tickets for the event will be $15, and will only be available on the Texas Rangers’ website. The tickets will go on sale starting 10 a.m. Thursday.

The college dual will be conjunction with a dual between Team USA wrestling and Iran. The two duals will be held in tandem, both scheduled to start at 6:30 p.m., with bouts from the two competitions alternating throughout the event on two different mats. According to the release from the Texas Rangers, this will be the first time a senior-level international meet will operate alongside an NCAA dual.

There are not any women’s matches scheduled as of Tuesday’s announcement, but Rich Bender – Executive Director of USA Wrestling – did say they are hopeful to secure several women’s matches to be a part of the wrestling showcase. The event will be streamed exclusively on FloWrestling – which does require a subscription.