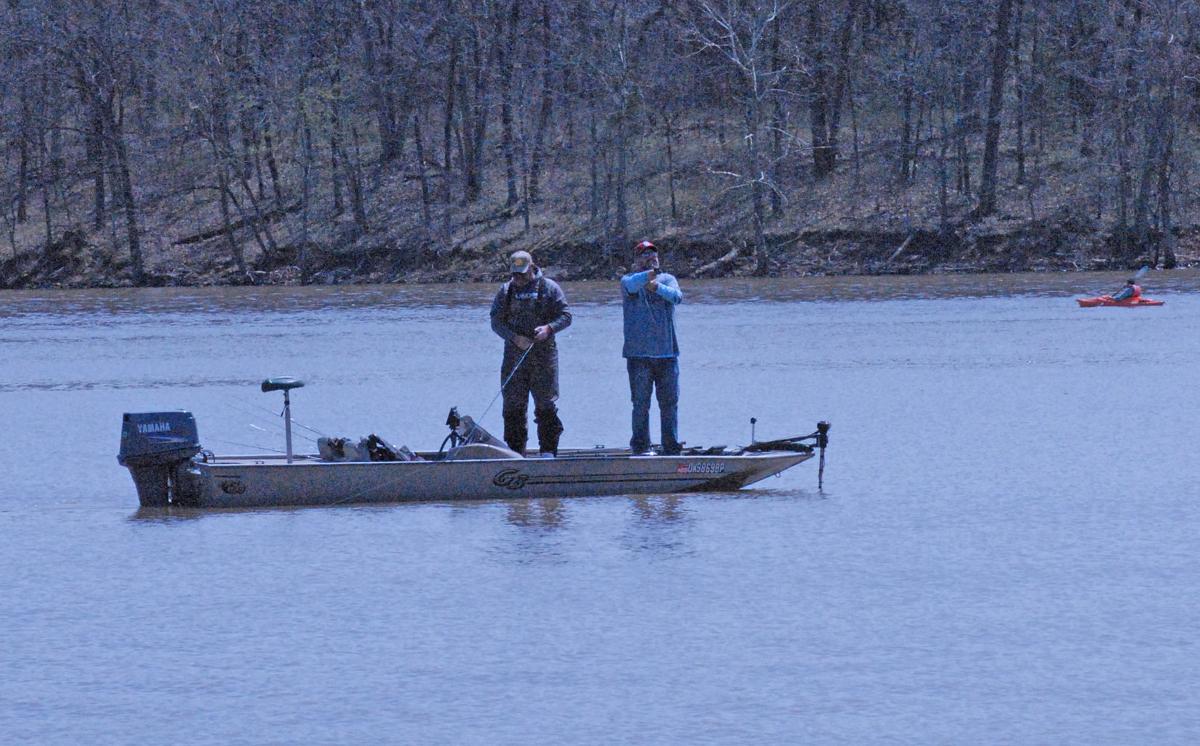 One of 19 bass boats and their anglers compete in the late going Saturday on Greenleaf Lake Saturday. 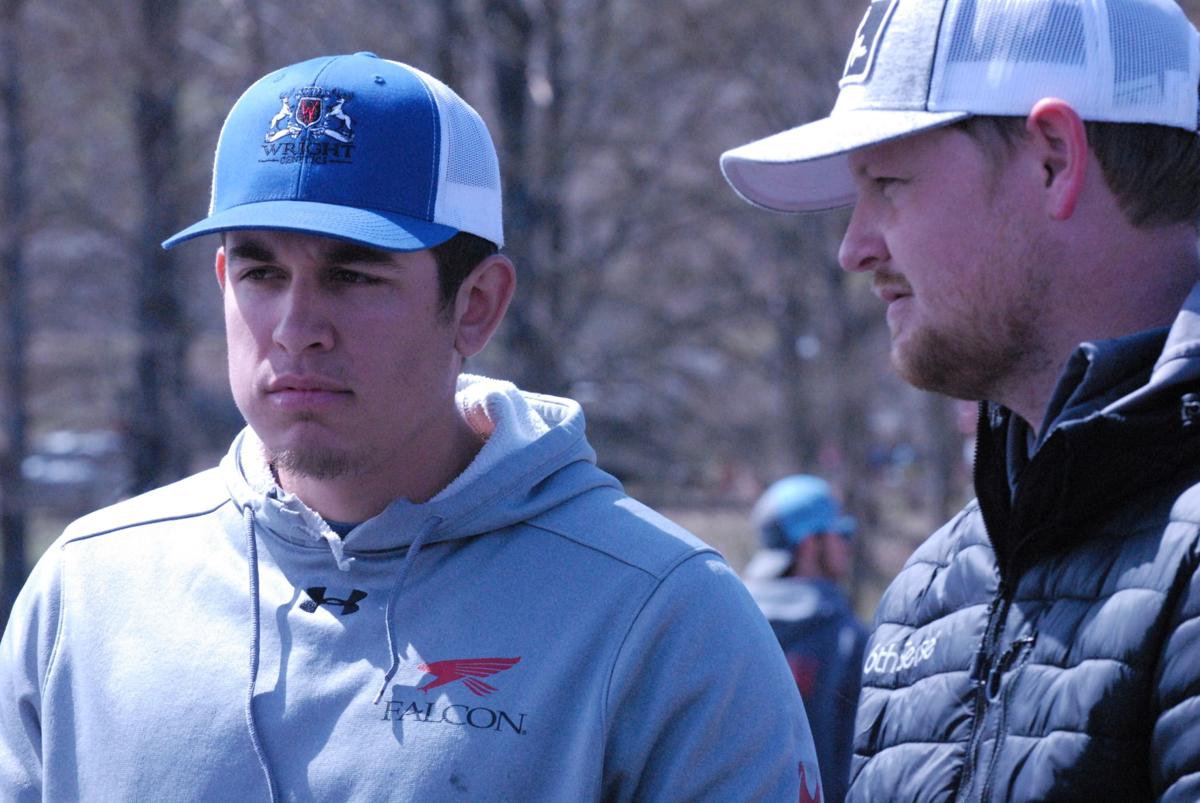 Tyler Wood of Pryor and Drake Lumpkin of Fort Gibson talk about their winning haul Saturday.

One of 19 bass boats and their anglers compete in the late going Saturday on Greenleaf Lake Saturday.

Tyler Wood of Pryor and Drake Lumpkin of Fort Gibson talk about their winning haul Saturday.

BRAGGS — It is, quite literally, the only game in town — or for that matter, the county.

The conditions that didn’t hamper things — the coronavirus pandemic.

On Greenleaf Lake — or any waterway — social distancing is not an issue on the wide-open waters with a two-seat bass boat.

“Fishermen are a different breed,” said Michael Daily, who runs the tournaments.

John Murray of Fort Gibson had to do most of his work with one arm. He had a shoulder in a sling after shoulder replacement surgery.

As for the fishing? “Tough,” he said. “We had 8 1/2 pounds. My son lost a 5-pounder that probably cost us. That’s why they call it fishing, not catching.”

Tyler Wood of Pryor and Drake Lumpkin of Fort Gibson teamed up to win the event Saturday. Their total catch, 15 pounds, 8 ounces.

And cheap. The plunge in gas prices has shaved the cost of a typical tournament and fuel, which amounts to about $60 if divided, said Troy Whitney, who fishes with Daily.

“It definitely helps out with gas prices being lower,” Whitney said.

Moreover, it’s something to do when there’s not just anything to do — although in Wood and Lumpkins’ case, they are active in other tournaments — like the Bass Fishing League   circuit.

“Not worried at all out here. Just doing what we love,” Lumpkin said.

Steve McEver of Sallisaw, another competitor and a nurse in the emergency room for Northeastern Health Systems, had no qualms about being here — a respite from being on the front line of the battle.

“I would say if you’re definitely going to be outside there’s not many places to be more isolated than at a bass tournament,” he said. “You and the other person in the middle of nowhere, I’d say you are a lot less at risk than being in an arena somewhere.”

At work, things have certainly changed.

“We’ve always had contact precautions in place,” McEver said.  In general I would say it’s just kind of tightened up things as far as the way isolation methods and things like that are being put to use in routine daily activity rather than waiting for a case to come through. Now we’re taking that precaution for everyone.”

Cost is $40 per boat, with a four-fish limit. Payback is 100 percent with payouts for every seven boats plus big fish.