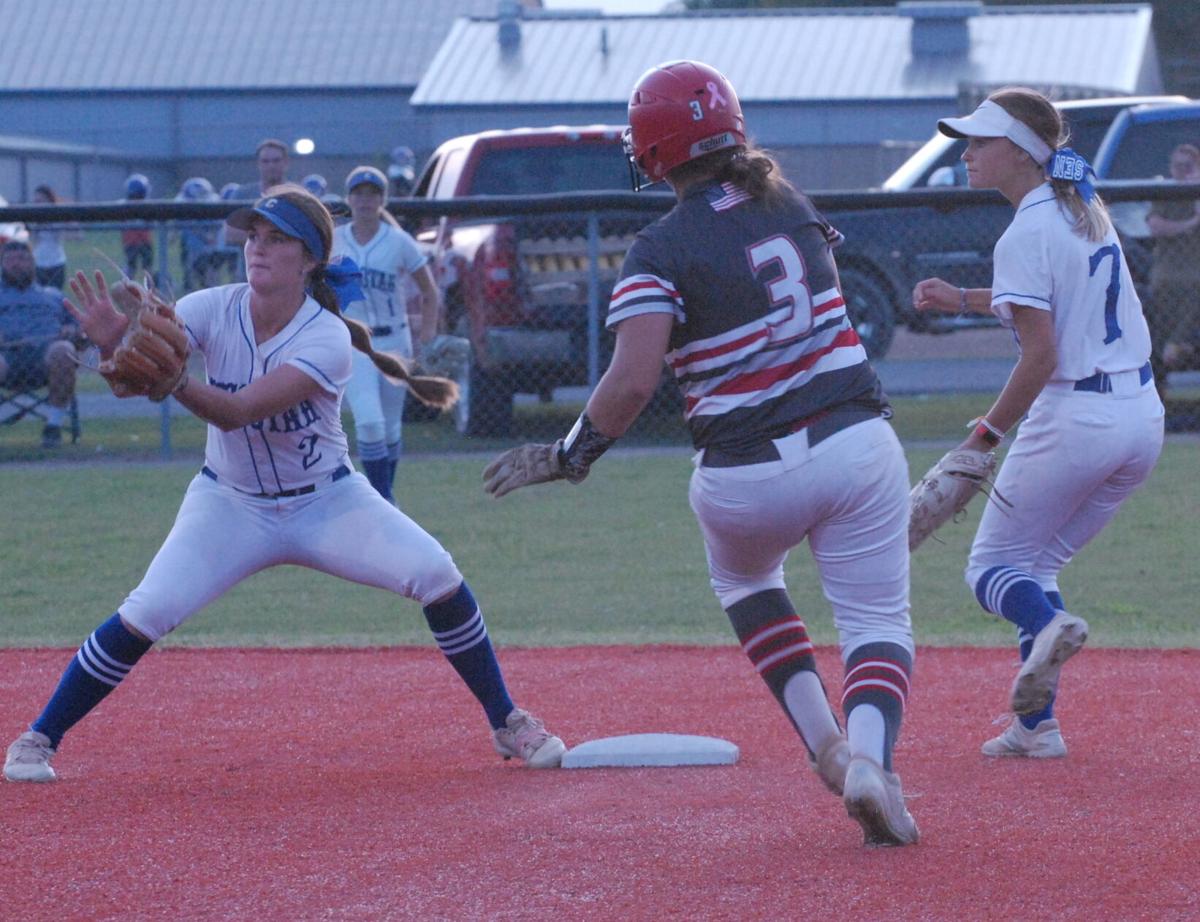 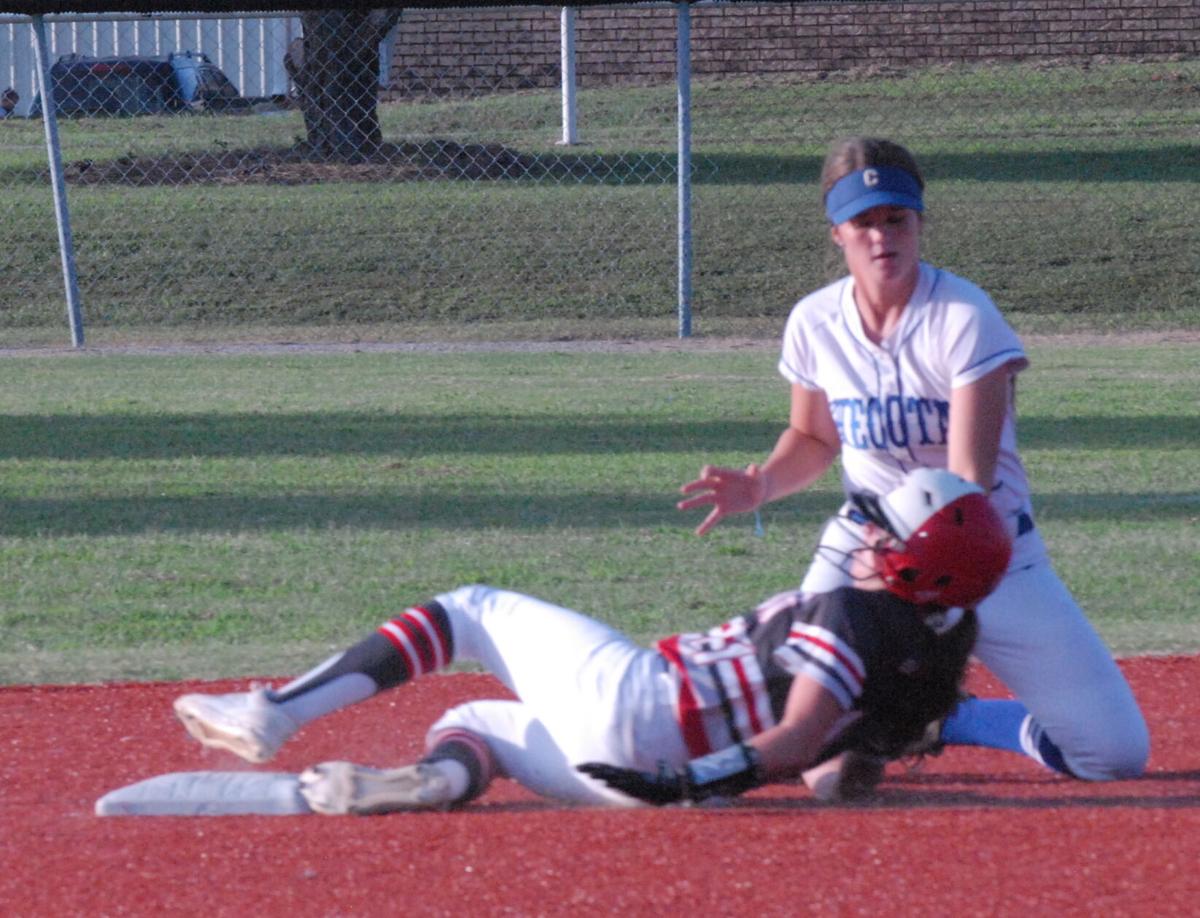 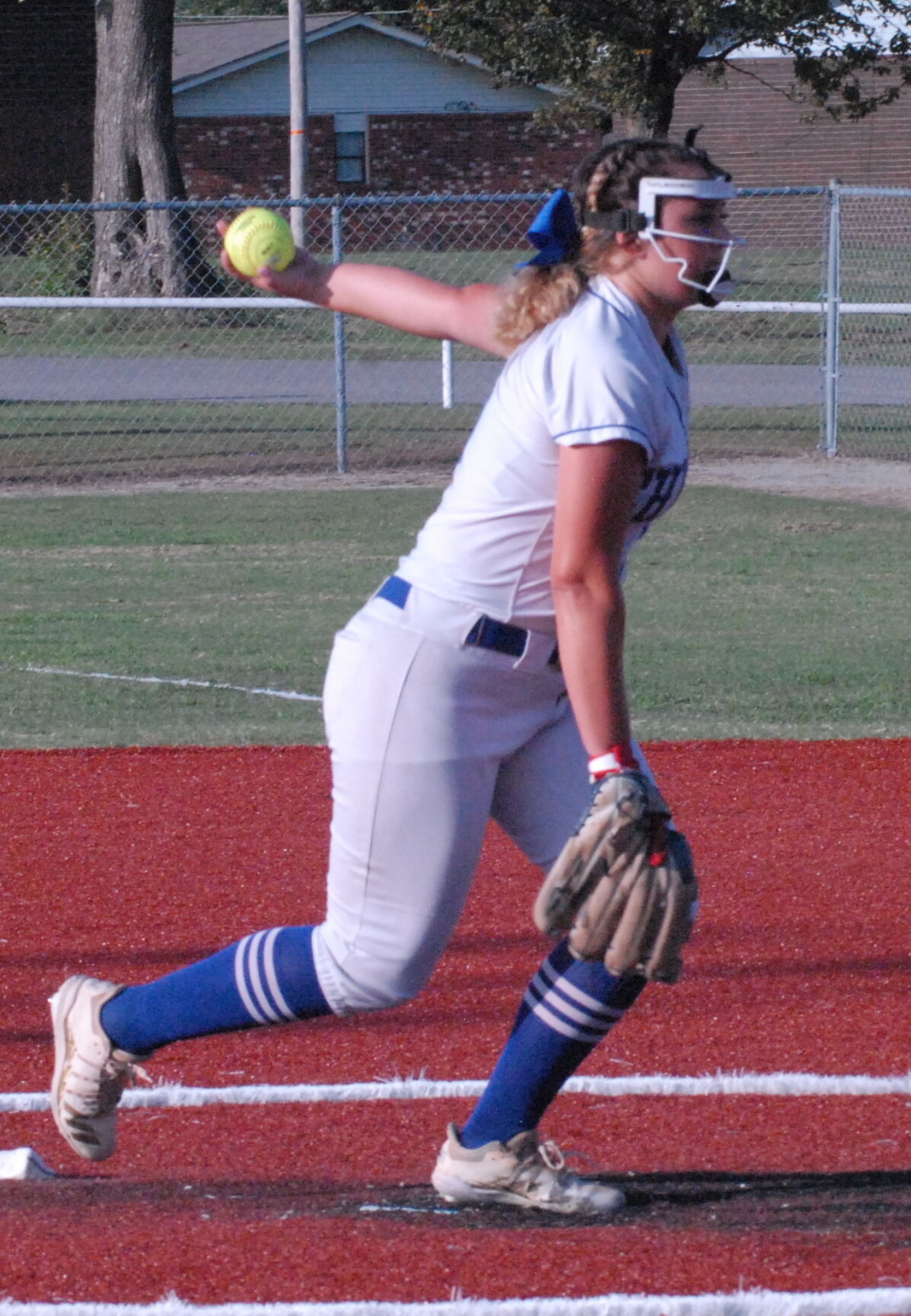 CHECOTAH — The area’s surprise team keeps finding ways to get it done.

Even with a freshman on Senior Day.

Maci Britt’s two-run single to left broke a 2-2 tie in the fifth and proved to be the game-winner as Checotah and first-year coach Erin Bridges took over first place in District 4A-5 with a 6-3 win over Fort Gibson here Tuesday.

Amanda Brown followed her with a single to add another run in what was a 3-for-3 day at the plate for the senior out of the seven hole and the Ladycats (9-8, 6-2) went up a game over Poteau and Muldrow, the former falling to the latter on Tuesday to put both at 4-2.

“Sometimes our hitting lags in the beginning and we pick it up in the end. We’ve coached them not to panic and get down on themselves,” Bridges said. “They’ve come so far from what I’ve heard about before. I know this — their energy level is higher and they have a want to win.”

Britt was inserted in the fourth and played right field. She struck out her first at-bat.

“Sometimes new blood gets us excited. Second time around, she made it happen for us,” Bridges said.

It also completed the series sweep of the Lady Tigers (1-11, 1-4),  who are having a different season of their own after making state five of six seasons from through 2018 with pitching-rich squads. But a bugaboo that has hampered them this year made strides of adjustment Tuesday.

NIa Polzin scattered 11 hits but struck out five. Three of her four walks didn’t come until the sixth, one being intentional on Alexis Hamilton and the final one a full-count walk to Vanessa Henson.

“I know the outcome hasn’t been what we expected, but that’s been her best outing,” said Fort Gibson coach Joe Obregon. “It’s been the walks, but I think this showed her what potential she has when she’s focused and throwing a better game.”

Jordan Hayes was 3-for-3 off Hamilton. The senior gave up 11 hits, walked no one and struck out six. Porterfield was 2-for-4.

While his team is having an unorthodox year, Obregon is impressed with the turnaround at Checotah under Bridges, whose wins include perennial power Broken Bow and in a split with Muldrow. They also lost a one-run decision to Poteau.

“Bridges has done a really good job,” he said. “The bottom of their lineup has produced a lot more and that’s the name of the game. Then you have a guy who should be playing professional baseball calling pitches. COVID has been bad luck for most of us, but not for them.”

That pitch-caller is Caleb Knight, whose minor league career as a catcher in the Chicago Cubs’ organization was put on hold due to the pandemic, so he joined Bridges staff this fall.

Checotah steps up this weekend as it plays 6A Edmond Memorial in the Bixby Tournament on Friday. Fort Gibson goes against Byng in the Dale-Tecumseh Tournament on Thursday.