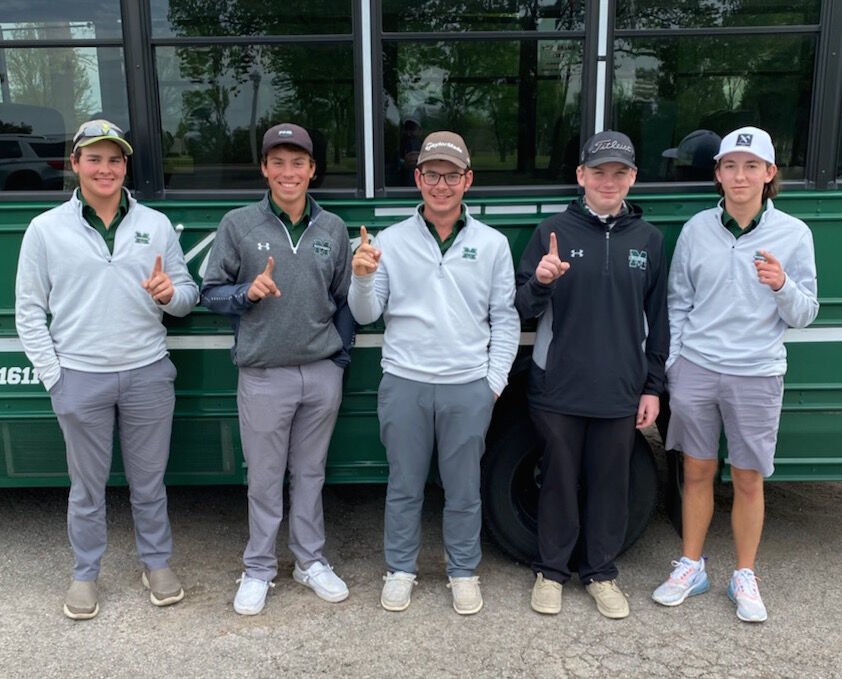 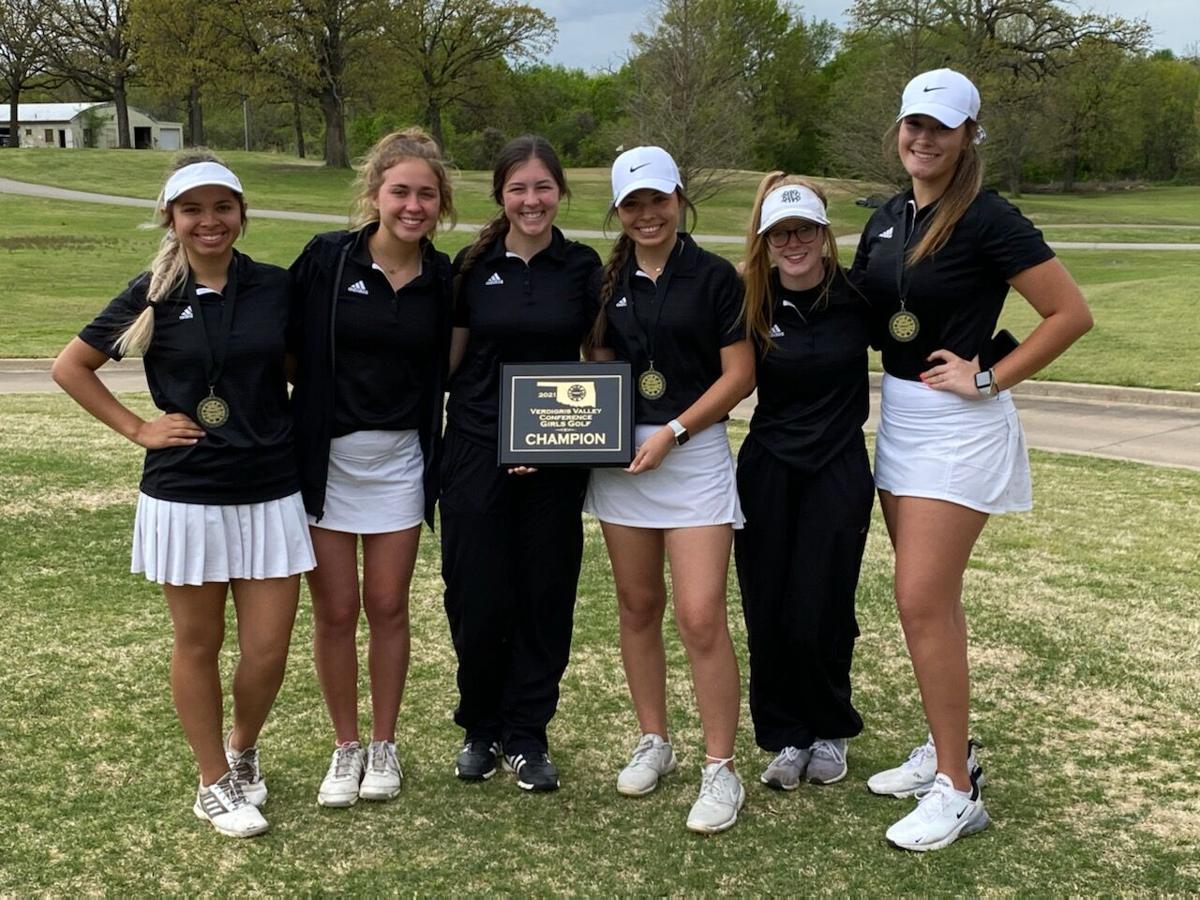 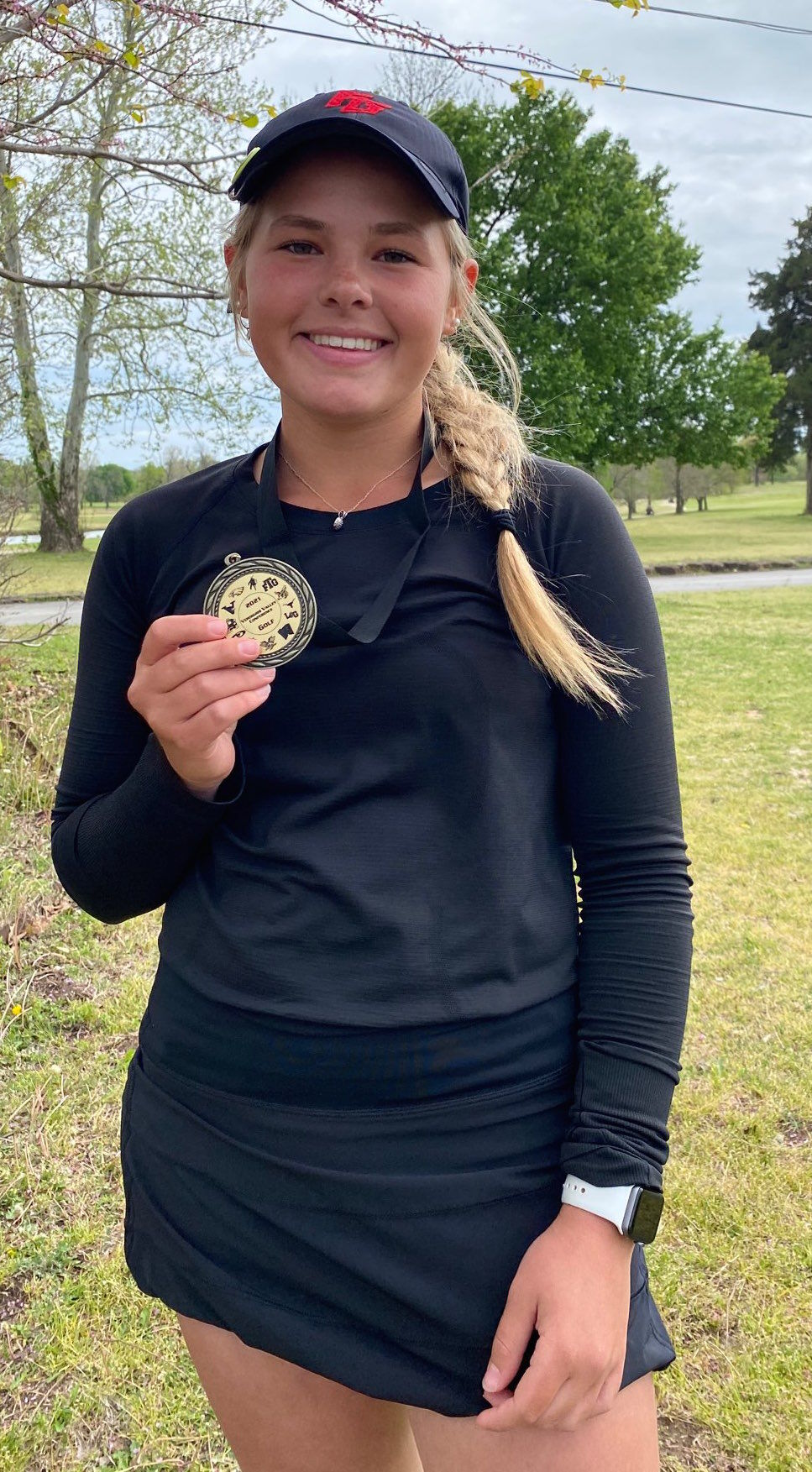 Aside from Falleur, two other Roughers cracked the top five. Carter Stewart was second with a 72, Logan Ridley fourth with a 75. Also, Gabe Kindrick carded an 88 and Ty Glover a 90.

For Falleur, it’s his second medalist championship this season. He also won the Roughers’ own tournament in March at Muskogee Golf Club, which MHS also took the team title in. In four tournaments, Falleur has two firsts, a second and a third.

For Stewart and Ridley, Wednesday’s rounds were their lowest this season.

The Roughers will be hosts to the Class 6A East Regional at Muskogee Golf Course on May 3. Next up, however, is the Frontier Conference tournament at Indian Springs Golf Course in Broken Arrow.

Playing on the Pecan Valley course, Ailshie, a freshman, shot a 1-over 69 and won by five shots over Wagoner’s Rylie Spaulding, who led the Lady Bulldogs to the team championship. Spaulding shot 74 and was one of three Wagoner girls in the top five. Mechelle Vermillion shot 81 for fourth. Caitlyn Henson 82 for fifth.

It’s Wagoner’s first-ever conference team championship. Prior to last year’s tournament cancellation due to the pandemic, Hilldale had won five of six.

Several tournaments remain prior to it, but both teams along with Fort Gibson will be at Muskogee Golf Club for the 4A regionals, set for April 27.

On the boys side, Oologah, posting the top three individuals, emerged as team champions with a 331. Wagoner and Hilldale shot 369s to tie for second. Fort Gibson was 370 and third.

Jacob Mader led Oologah and the field with a 75 on the par-72 Woodbine course.  Teammate Josh Garrison was three shots back at 78.

Hilldale’s Ryder Clayborn shot 85, fifth overall. Fort Gibson’s Trent Downey was seventh with an 86. Hilldale’s Carson Parker carded an 87 for eighth, and Zach Mays of Wagoner was ninth with an 88, one shot ahead of teammates Gage Merz and Justin Carter, who were just outside the top 10.

Later this season, Hilldale will be at Buffalo Rock in Cushing for regionals and Fort Gibson and Wagoner will compete at Peoria Ridge in Miami, all on May 3.