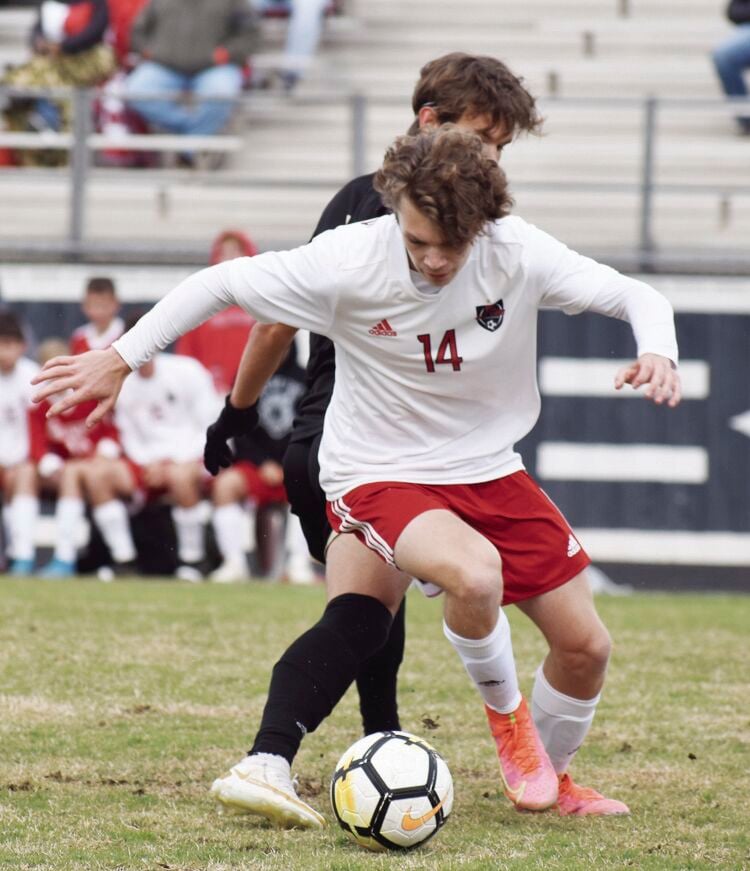 Joseph Neves of Fort Gibson controls the ball in action against Woodward on Tuesday in the Class 4A semifinals Tuesday at Woodward. The Tigers lost 4-3. 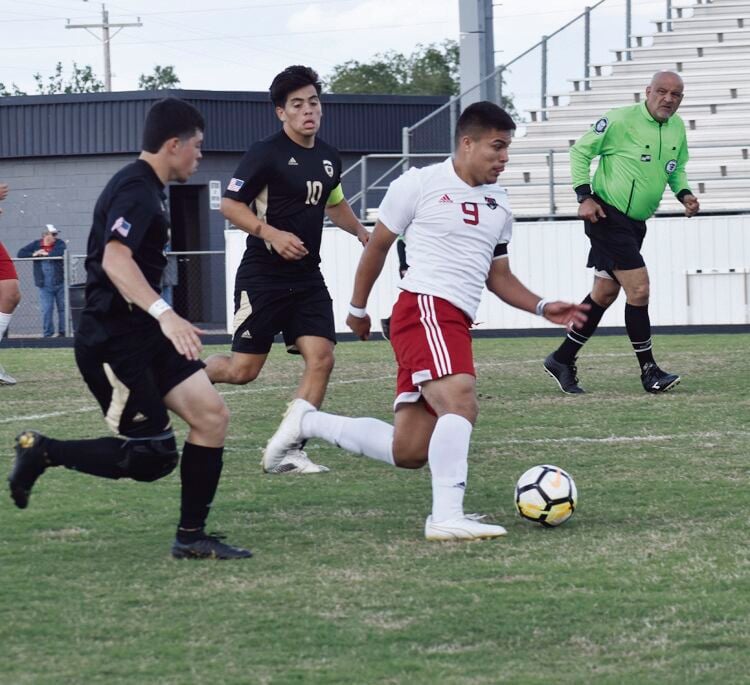 Tiger midfielder Jose Estrada breaks past a pair of Woodward defenders around midfield in the second half of Tuesday's semifinal won 4-3 by Woodward. 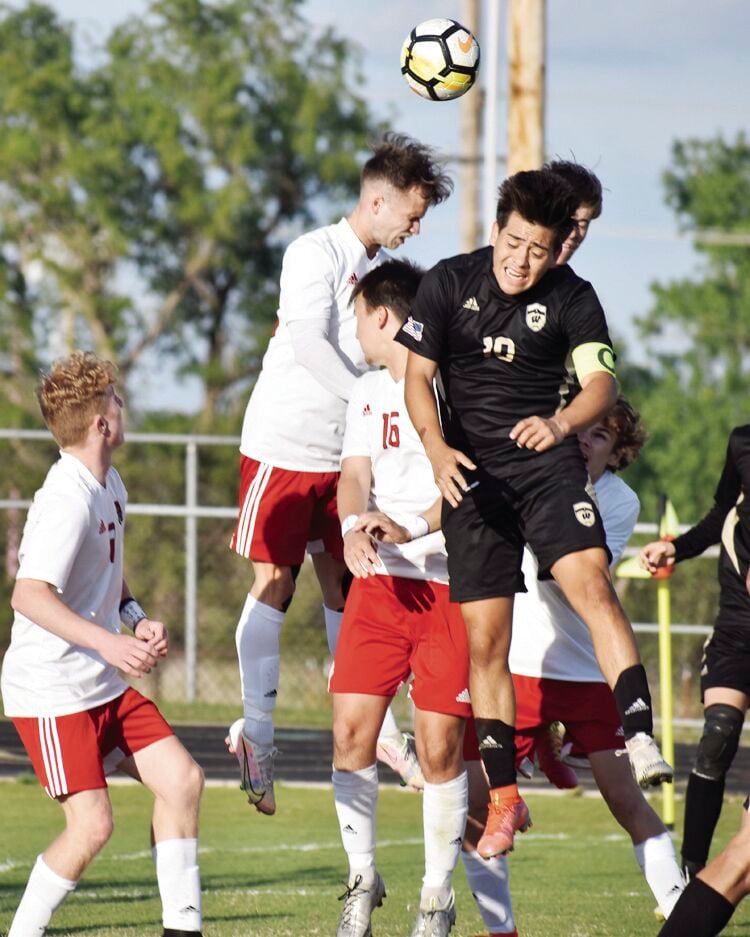 Joseph Neves of Fort Gibson controls the ball in action against Woodward on Tuesday in the Class 4A semifinals Tuesday at Woodward. The Tigers lost 4-3.

Tiger midfielder Jose Estrada breaks past a pair of Woodward defenders around midfield in the second half of Tuesday's semifinal won 4-3 by Woodward.

Woodward captured a high-scoring 4-3 contest over Fort Gibson at Boomer Stadium on Tuesday with the winning goal a 40-plus yard blast off the foot of Adolfo Hernandez.

Down 3-2 at halftime, Fort Gibson got a goal from Jose Estrada to even the match at 3-3 with 29 minutes remaining and it stayed that way until the Hernandez shot that was the game-winner with just over 12 minutes left.

“We came back and equalized it, then they beat us on a 40-yard bomb and we battle the whole time to try and find that equalizer,” Friend said. “That was a heck of a shot. You’ve got to give it to that kid.”

The Tigers came close to getting even again as a long blast from Estrada with about 8 minutes left grazed off the right post. That was the last real opportunity as the Boomer defense turned away any other possible chances.

Fort Gibson played from behind the entire night.

Woodward took a 2-0 lead on goals by Aaron Fraire and Caden Reid, before Fort Gibson got even on a pair of goals by Seth Rowan, one on a fairly long-range shot at the other off an assist from Estrada.

It looked like the half might end at 2-2, but with 1:04 left the Tigers were called for a handball in the goalie’s box and Jackson Heckart buried the penalty kick in the upper right corner of the net.

“This absolutely was a great game, give Woodward credit,” Friend said. “We made probably two mistakes early that cost us and then we come back and battle to a 2-2 tie then got that costly handball in the box. It was a handball, no doubt about it.”

Woodward will be making its first ever trip to the state finals and will play district rival Clinton, a 2-1 winner over Hilldale. The Boomers lost close semifinal matches in both 2017 and 2018 to Bishop Kelley and Skiatook, respectively.

“We finally got through this one (semifinal round) said Boomer head coach J. P. Shirkey. “The boys played their hearts out. We’ve had some trials this year and they’ve battled through them and grown throughout the year.

“I couldn’t be more proud of them.”