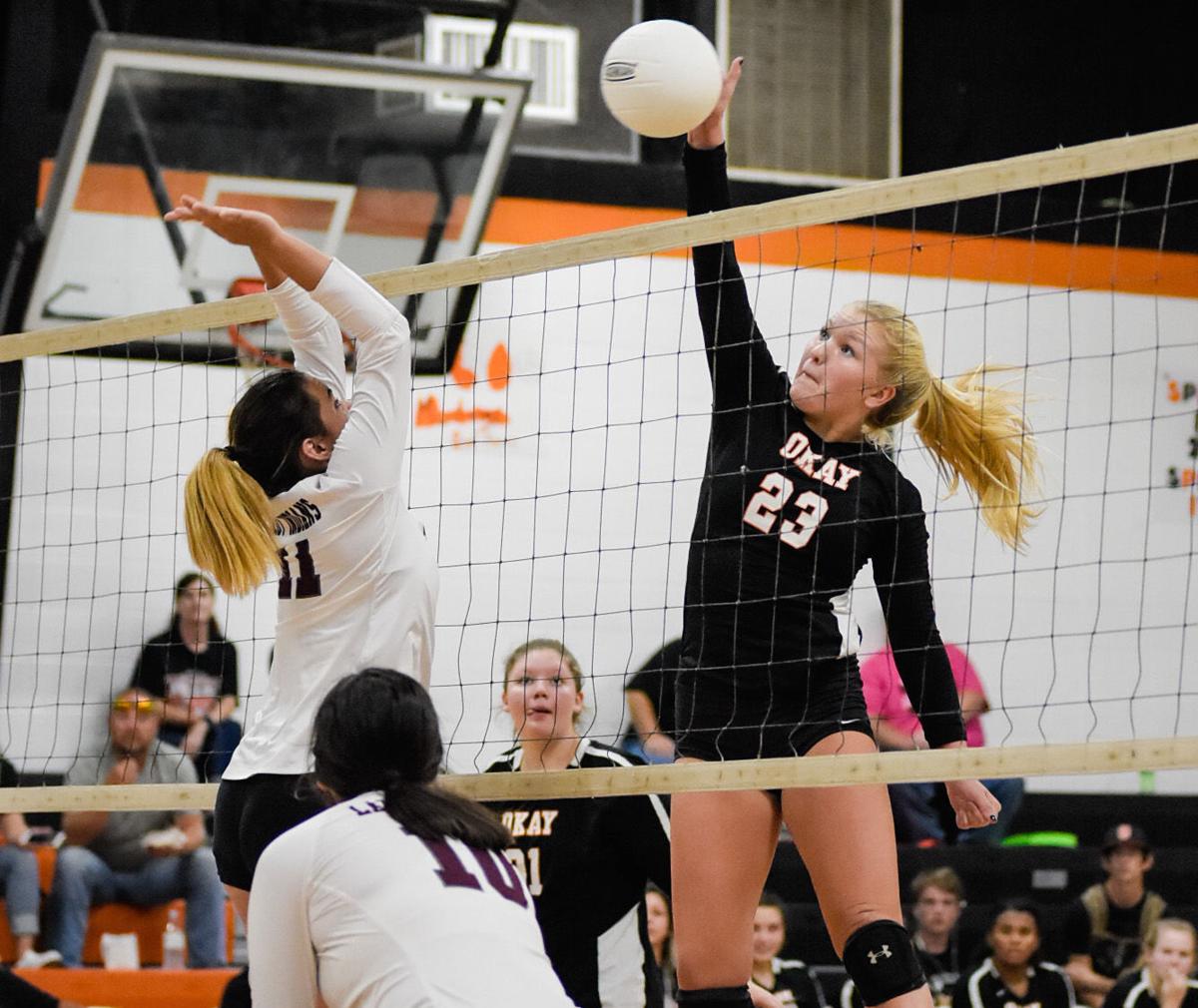 Okay's Lexi Erb and Sequoyah's Jamie St. Pierre battle it out at the net Thursday in a Class 3A regional final volleyball match at Okay. 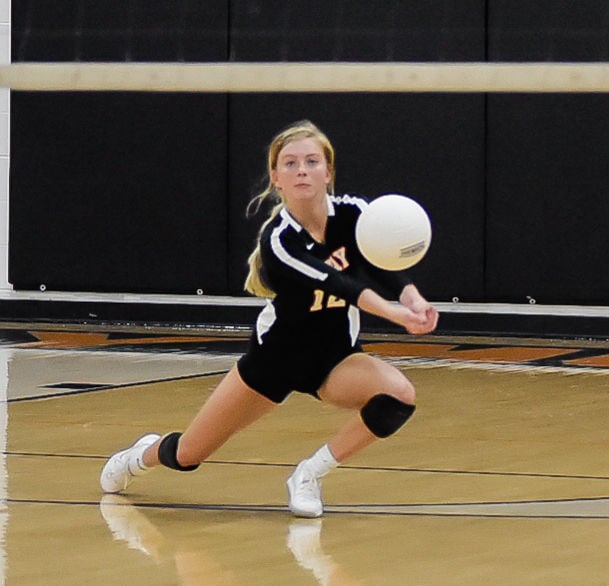 Shayni Green digs one out for Okay in Thursday's Class 3A regional.

Okay's Lexi Erb and Sequoyah's Jamie St. Pierre battle it out at the net Thursday in a Class 3A regional final volleyball match at Okay.

Shayni Green digs one out for Okay in Thursday's Class 3A regional.

OKAY — The moment was “surreal” as it sunk in here Thursday.

Okay coach Andrea Collins was on the Lady Mustangs’ only state championship team in volleyball — that coming in 1997.

“I remember winning to go to state and  it feels just like it does right now,” she said, flanked by her former coach, Pete Gutierrez, who returned to assist her after retiring in 2008. “I’m really proud of these girls they’ve put in a good hard year and they deserve it.”

Okay (18-10) was in command most of the match, though seldom up by much. Sequoyah (14-15) never led until getting the first two points of the third set and again at 6-5. An interference call at 9-9 in the third set took a point away from the Lady Indians, instead calling for a replay.

Undaunted, the Lady Indians surged to a 13-9 advantage, getting three straight points on serves by Carly Bearpaw.  Okay rallied to tie it 14, but another mini-surge including a deflection at the net by Lexi Erb and a kill by Shayni Green made it 16-14 and Okay would never trail again.

With Bailey Walters serving, she and and Erb combined for the final five points, much like they did in pulling away up 20-19 in the second set.  Erb scored one point on a block, and her tip at the net fell in for match point.

It was not the five-set battle the two teams staged Sept. 17 at Sequoyah where Okay emerged on top.

“Our serve-receive was a lot better here and I think we dug a lot better too,” said Green, who finished with a team high 12 kills and led in digs with 37. “We didn’t send as many free balls as we did over there.”

“We passed the ball better today than we were at their place, thus, we were able to hit a little bit more,” Collins said. “We didn’t have as many tips because they pick up those real well but when we hit a little better they have to back off and we can start putting the ball down a little bit.

“And we did serve a whole lot better.”

It’s the first area team to make the state tournament since 2016. That year, Okay finished 25-6 under Belinda Clark and lost in the quarterfinals to Corn Bible.

“Hats off to Okay. We don’t have anything to be ashamed of,” said Sequoyah coach Jay Herrin, whose team battled back from an 0-6 start after graduating five key players off a 27-3 team and battled through assorted injuries all season. “We served the ball well at them last time. We didn’t serve it as well today.

“We had to have an A game in all aspects on their home court and we weren’t as sharp in all areas as we had to be. Probably brought our B game. But I’m proud of them. We started the season in a real bad spot and dug our way out.”

Meghan Lewis served for a team high 14 points and had 5 kills. Darryl Hooper had 11 assists.

For Okay, Erb, Walters and Green combined for 29 kills and Sells had 28 assists.

For Sequoyah, Hooper had 16 service points to lead in that and also had 16 assists.