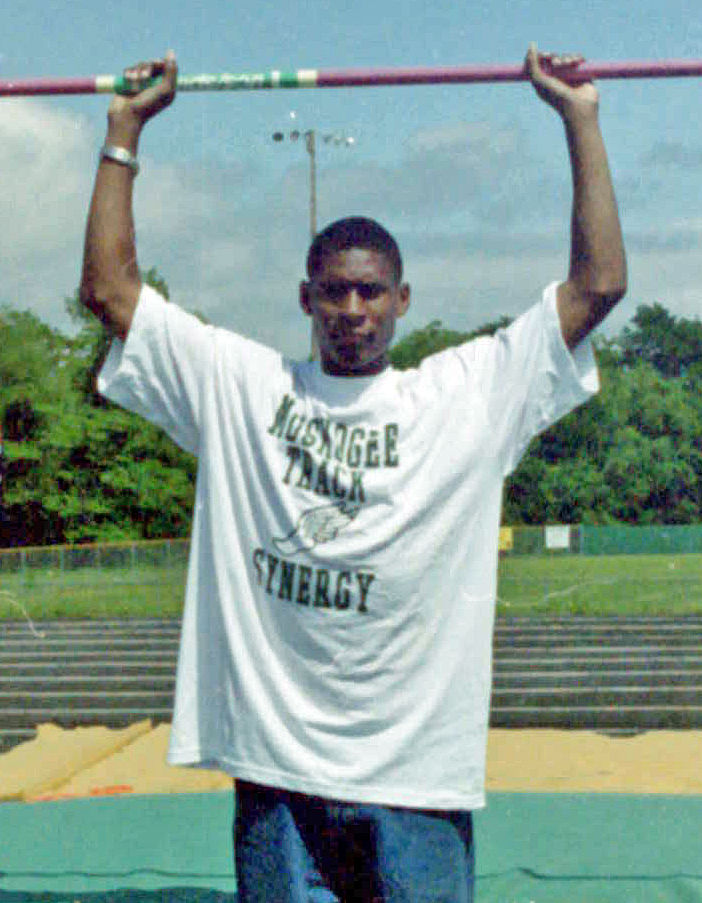 Alfred Neale poses in a 1999 shot during practice at Muskogee High. 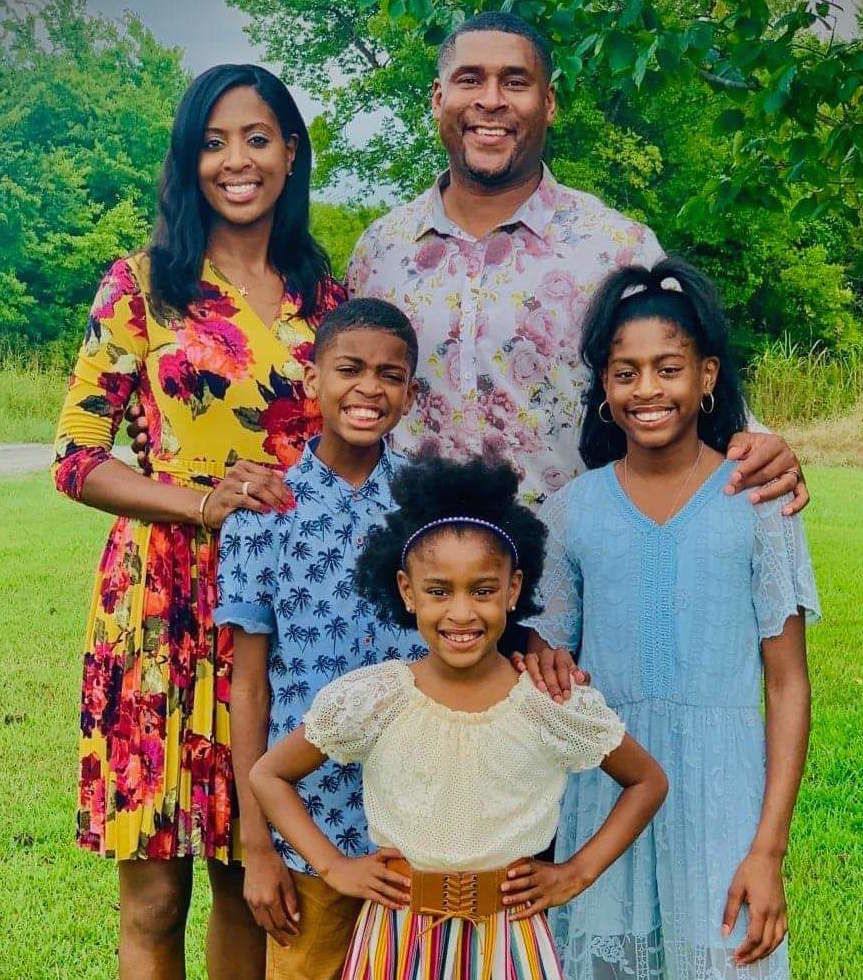 Al Neale with his wife Catherine and children Alanna, Alfred Jr., and Aubrey.

Alfred Neale poses in a 1999 shot during practice at Muskogee High.

Al Neale with his wife Catherine and children Alanna, Alfred Jr., and Aubrey.

Twenty years ago this week, Alfred Neale made the Oklahoma record books in state track.

It took almost that long to erase that mark.

Last week while sitting down with the Phoenix to recall that feat, Neale, who now goes by Al and is a marketing executive with the UCLA athletic program, mentioned he had never crossed paths with Vernon Turner, the Yukon High grad whose jump of 7 feet, 4 1/2 inches in 2016 broke Neale’s mark of 7-2 set in 2000. Turner, a junior at the time, would become a two-time state champion as a senior with a 7-4.

Turner, who is now jumping for the University of Oklahoma, was thrilled to get the opportunity.

“I think that would be fun!,” he said when reached about it.

The looks on their faces during a Facebook video three-way call showed it.

Neale, who was already at UCLA at the time, said he was “happy” when he heard Turner broke it.

“It helped this state move forward as far as not only track but athletics in general,” he said.

The two talked about how their careers started with unorthodox jumps related to their basketball careers — and with less than stellar results.

“Because I was a right-handed kid and my jumping ability on the basketball court, I thought coming off the right side would be the appropriate way to go off,” Neale had previously explained. “And from the get-go, I was self-taught, so that’s the way it started.

“I was jumping 5-5 or 5-8 early that year and a lot of guys were laughing at me. From observation, I changed to the left side and went up to 6-6 very quickly.”

He did, however, retain a stutter step and slowdown at the bar, something he didn’t change until he got to college.

His high in any meet as a sophomore was 6-8, then his junior year, he reached 7-1. But state was a different story, never getting past 6-6.

“I was very frustrated,” he said. “I changed my diet, I got more locked in as a senior and that carried over to state as a senior.”

Prior to state, in a meet at Owasso, Neale had the best jump of his prep career, a 7-3 1/2. He noted how he felt his loose-fitting jersey brushing the pole — nothing like the modern-day speedos worn today.

“Besides that the thing I remember most from that meet was the feeling I had when they stopped everything at the meet and directed everyone’s attention to my jump,” he said. “Having everything in the stadium come to a halt made it one of the most exciting days of my life. When I made it I remember the stands going crazy. It made me feel more like I did in college playing basketball.”

That, of course, came at the University of New Mexico, where he also competed in a half-dozen meets in track. Originally a track scholarship athlete to Barton Community College in Kansas, Neale left after a season and went to Northeastern A&M, where he played basketball and ran unattached in track.

But despite the 7-3 1/2, Neale was haunted by the frustrations of state meets, where he had big-time jumps over the course of the regular season only to run into misfortune at the season’s pinnacle.

“I was still wondering, ‘I hope this doesn’t happen again,’” he said.

It didn’t. After running the first leg of the state champion 400-meter relay team, his attempt at 7-2 cleared easily after passing to 6-6 then not missing at all until his first attempt at 6-10.

He recalled a conversation with then-coach Dave Robertson.

“He told me you cleared that so well, you should go right up to 7-5,” Neale said. “We regretted later we went up so high at once.”

He missed twice there, the national record at the time being 7-4 1/4.

Turner had 7-4 in the regional meet prior to his record at state. That beat the open mark owned by Neale dating back to the Owasso jump. The current national high school mark is 7-5 3/4 by James White of Grandview, Mo.

“He was such an athlete, had he focused solely on track, I have no doubt he’d been an Olympic champion,” Robertson said by phone this week.

All along, Neale said he would have never become what he did without structure at home.

“I think it boils down to a support system, for any student,” he said. “The more of that you have the better chance you have to be great. My mom (Mary Neale, who died his junior year at New Mexico), was on me and traveled with us.”

Alanna is already a top-notch sprinter and hurdler in middle school. Alfred Jr. is heavy into basketball as a point guard and Aubrey, dad said, “is probably going to be the fastest of the three.”

Neale and his wife run Neale Basketball Academy in Los Angeles. He left professional ball after stints in China, South America and what is now the NBA G League, where he played at Sioux Falls, S.D.

He still takes pride in how he represented the Summit community, on the southern edge of town.

“Back in the 90s most people didn’t want to come to Summit because of a bad reputation,” he said. “I wanted to help change that reputation. I wanted to show that even in bad places, you can find good people.”

It was that kind of joy that helped him bid farewell to a record that almost spanned a generation — being that it made a sport he loved in the state he loved as home even better.