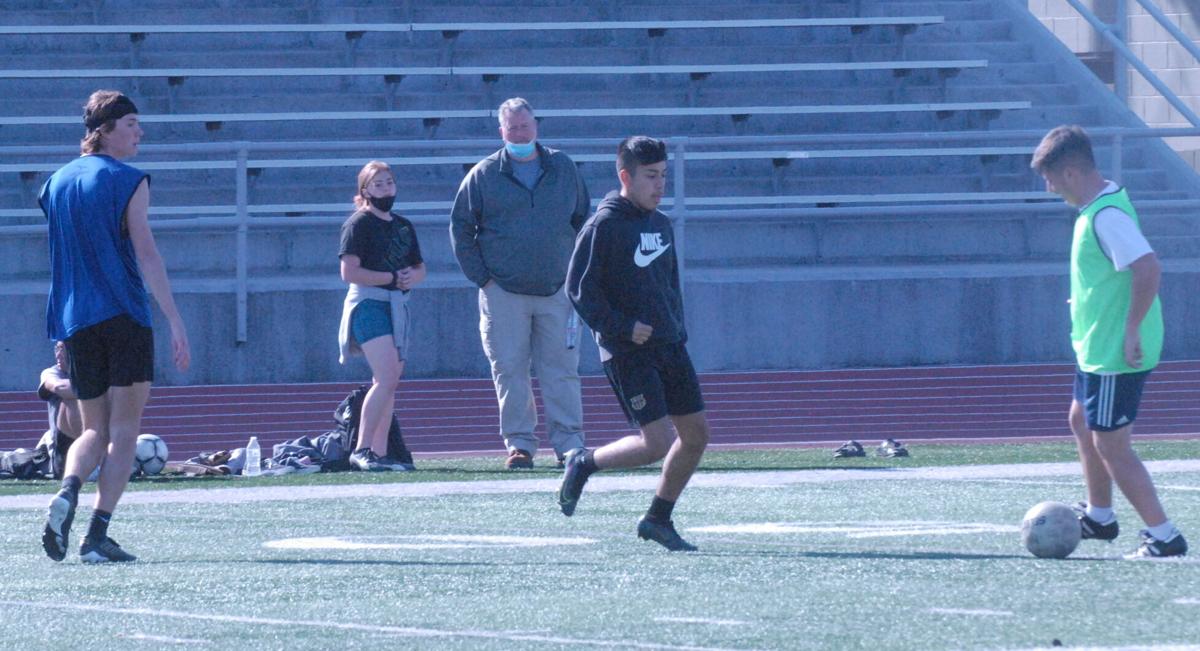 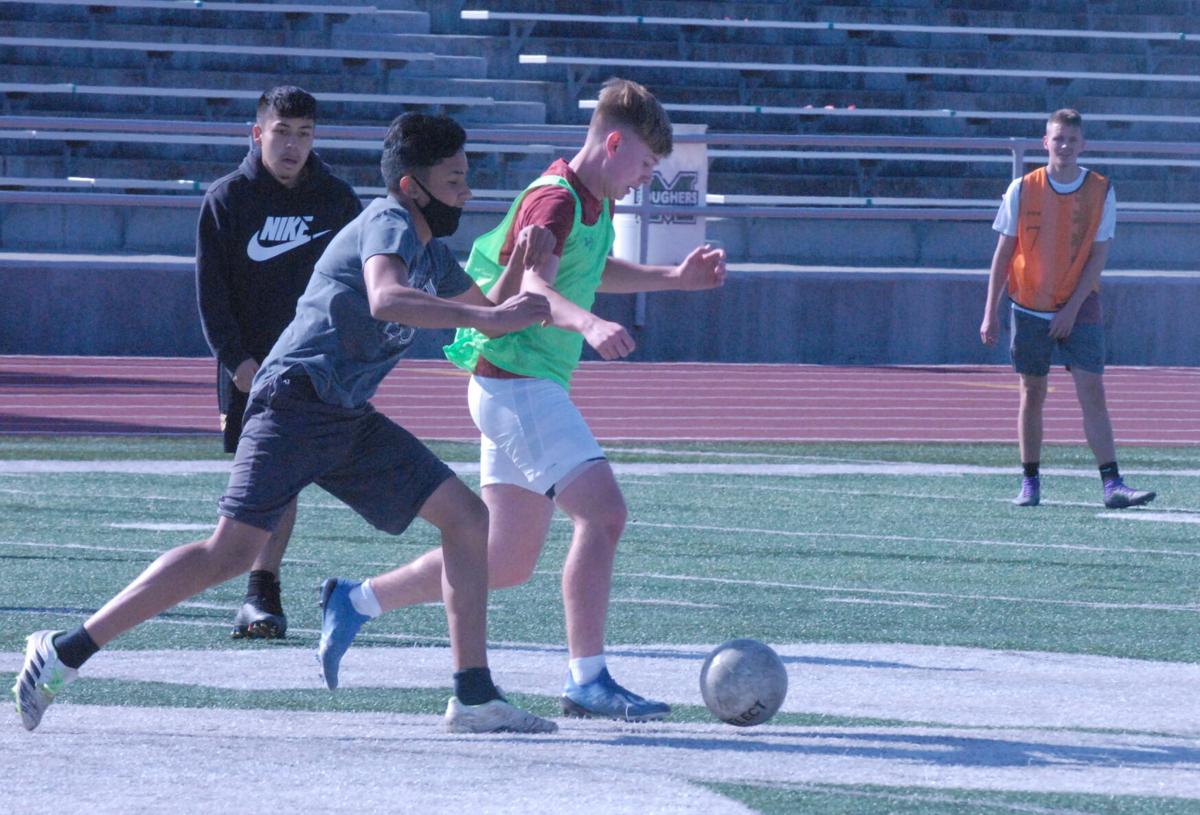 Muskogee players in practice this week. 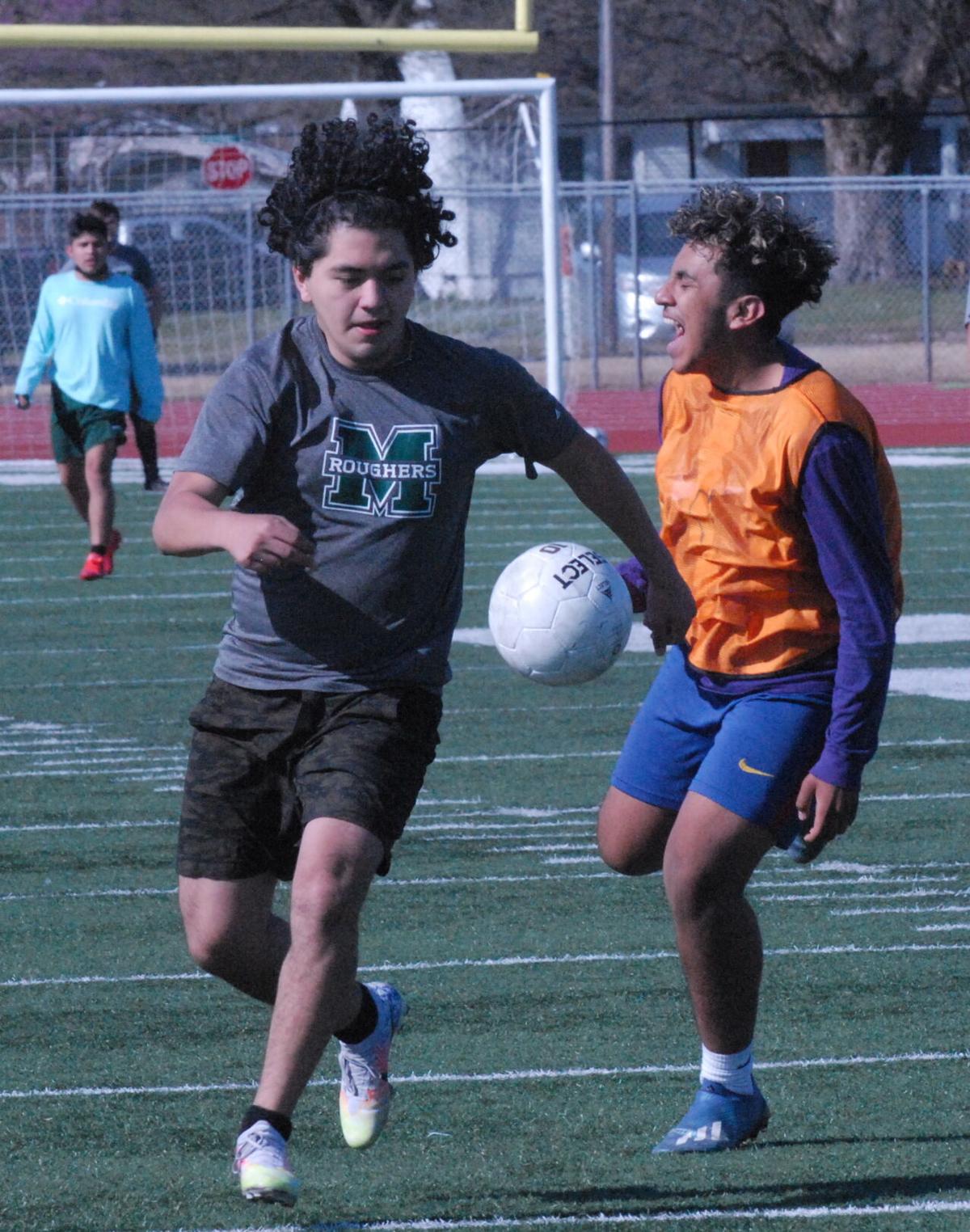 Muskogee players in practice this week.

The pandemic that shut down Tim VanEtten’s first season as Muskogee’s boys soccer coach had a silver lining.

It allowed him longer bonding time in establishing his program.

“Having raised three athletes myself, it’s experience you can’t underestimate,” he said. “They know me, I know them, and when it boils down to being able to get the kids to do what you want them to do, I want things done a certain way and I’m not going to accept it unless it’s done the way I want it done.”

That may sound harsh to someone, but it isn’t when there’s been seasons of disconnect and struggle for a program that hasn’t made the postseason since 2014. VanEtten is not a lay coach as some recent hires were. He also teaches, so he’s not just about the socks and jocks but grades and classroom activity too.

And, he has experience building the foundations of programs that needed a reset, or a plain new start. He had one of those at Fort Worth (Texas) Castleberry where in 2017, the squad made the playoffs as unlikely champions of District 7-4A in Texas, in the program’s first ever season.

The way he wants it done here?

And the fruits of that preparation showed big time last week.

At the Sapulpa Tournament last week, his squad outscored three opponents by a combined score of 10-2, including the tournament host Chieftains in the finals by a 2-1 count, winning a shootout 4-3 out of a 1-1 tie at the end of regulation. Muskogee, now 3-3 on the year, hasn’t had one of those since it last made the postseason.

“The kids really enjoyed winning that,” he said. “On the bus they were singing and chanting, and they’ve been in a really good mood since. Practices have picked up the pace. I feel like they’re buying into this. They’re learning the game in their heads.

“It was more than a tournament win. It was a change of mindset, and now it’s like we believe we can win multiple games in a row.”

“I tried not to overthink it,” Few said about the shootout. “I’m better with the non-power shots. I know which ones I can react to better, so I just stick to my guns and what I’m good at.

“Last year in JV, they put me in on a shootout and we won both games, so I decided whatever I did there, I wasn’t changing it.”

Few sees the difference success makes toward a system buy-in.

“It was great for everyone to get a win like that under our belt, especially against a district team,” he said. “We realize Muskogee soccer for a while hasn’t been great. We’re really trying to turn things around — a new coach, new attitudes, the players are excited about turning things around. All that is helping us stay on track.”

The Roughers can boost their chances of a goal of ending the postseason drought by winning on the road at Ponca City on Friday.

“About three wins will get us in the playoffs, and I think the next three games will show us a lot,” VanEtten said. “I think some of the strength of our schedule is on the back end, and all three of our road trips are two-hour trips (Ponca, Enid on April 9 and Stillwater on April 16) and those will be challenging.

“But I think we’re in a good frame of mind now for what is before us.”

Graveside services to be held at 11:00 A.M. on Saturday, April 17, 2021in the Haskell Cemetery. Dowdy-Marker Funeral Home.