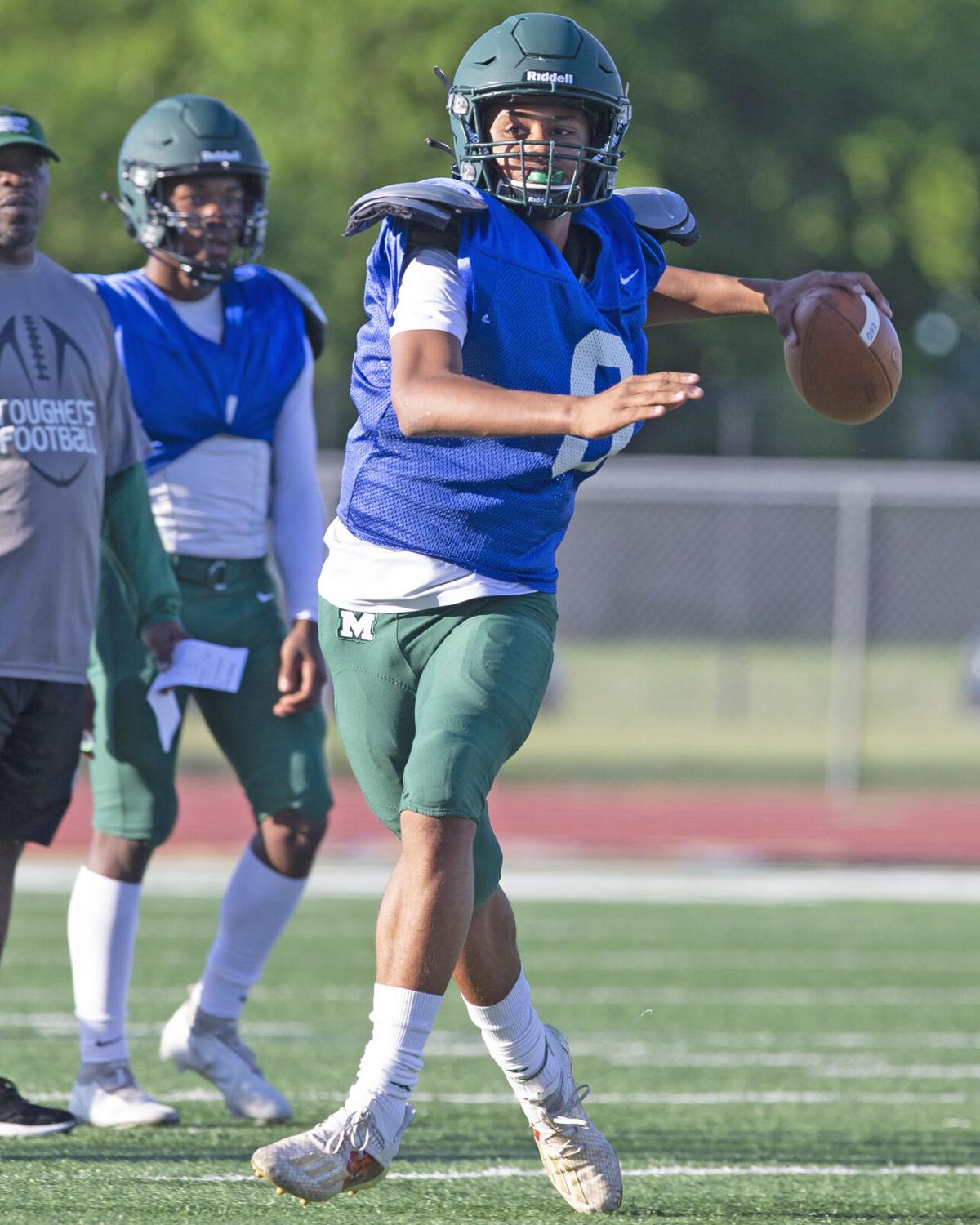 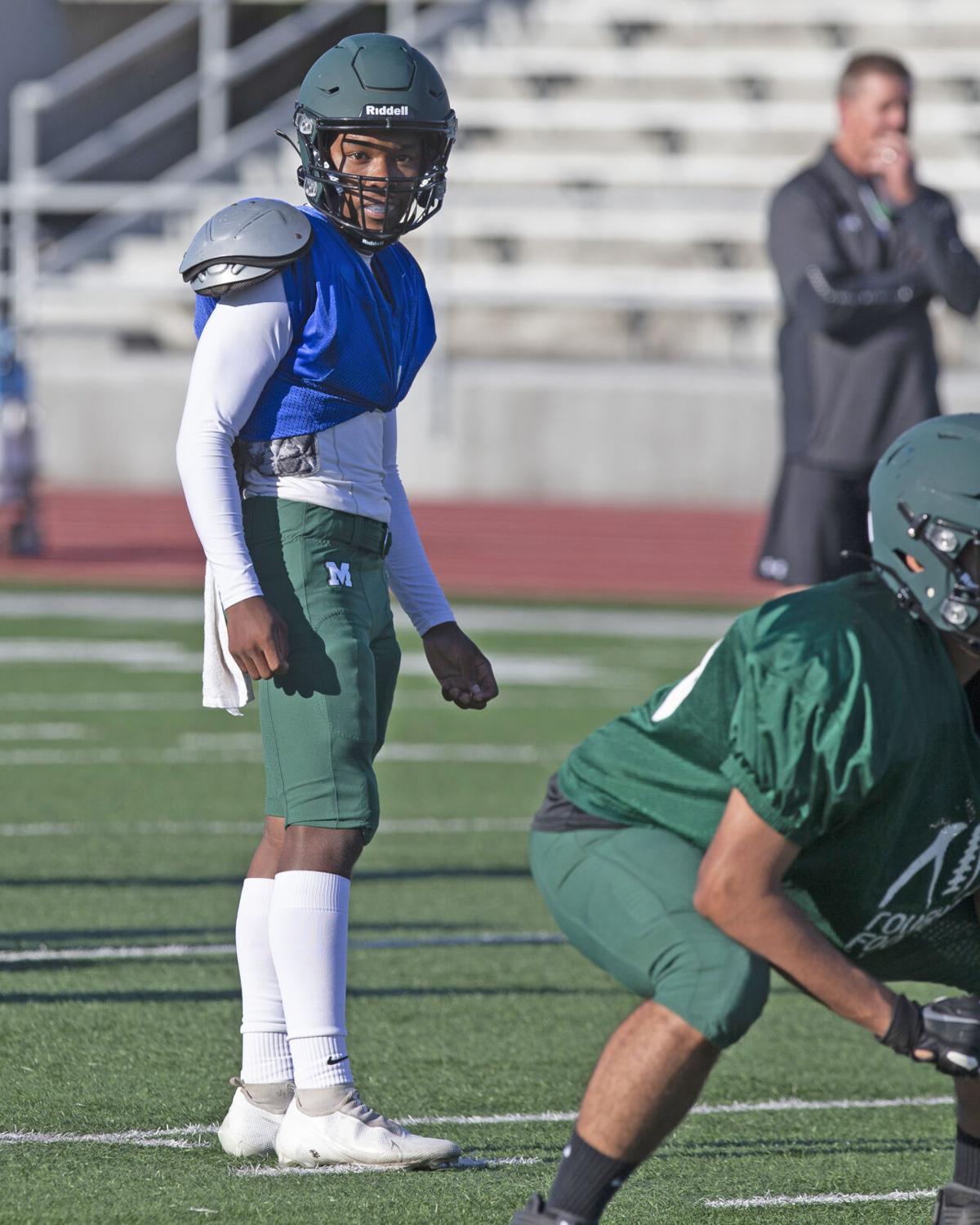 Muskogee's Walker Newton calls the signals during the spring game Friday evening at the Indian Bowl.

Muskogee's Walker Newton calls the signals during the spring game Friday evening at the Indian Bowl.

The 43-36 score in favor of the Black team, or the defensive unit, put a wrap on Travis Hill’s first spring behind the helm at Muskogee at Indian Bowl on Friday night.

That wasn’t the highlight of his spring, though.

“First thing we wanted to do was go through it healthy and we did,” Hill said. “Second, start to finish, I think we really got better, and the film will show us more specifics as to tonight.”

The third thing had less to do with Xs and Os.

“Attitude, doing the right things, all those type things you say well, that’s not about football, we’re learning to do the right skills there  which in turn will make them good football players,” Hill said. “As a group, I’m proud of what we’ve done.”

On the field, all three quarterbacks had moments. Several new receivers did as well, and the defense had some standouts.

Incumbent quarterback Walker Newton had an 18-yard touchdown to sophomore to be Anthony Watson for the Green, or offense’s, first points. Newton later had a pick six from Deyon Bowler, but finished in his last rotation with a 40-yard pass to Raysean Ellis.

Incoming freshman Jamarian Ficklin connected with veteran receiver Jayden Bell on a 42-yard touchdown. He also had a noteworthy play in a hook-up  with Jarin Riggs-Brown on his first session, Brown catching it off a deflection with nice focus.

Jacob Jones also had a TD pass, going to Bell for 60 yards.

“Quarterback’s obviously a pressure position and I told all three, don’t put a lot of pressure on yourselves tonight,” Hill said. “Jamarian hasn’t got the same reps this spring due to coming out of eighth grade and the OSSAA rules for them, but he’s been watching things and did a great job. It’s good we have three potential guys there.”

Newton on offense and Kiondre Johns on defense received rewards on effort and attendance, two of those non-contact foundational elements Hill spoke of.

“That’s good for both of those guys,” Hill said. “And Jacob, he’s been steady-eddy.”

Three guys who got more than the average workout were kickers Skyleer Onebear, Carter Stewart and Braxton Fields. The only missed PAT was a block against Onebear. All three connected on 30-yard field goal attempts.

Defensively, defensive linemen Jeremy Collins recovered a fumble and Devin Whitfield had some key stops that led to points. Safety Isaiah Givens had an interception, and linebacker K.D. Freeman recovered a fumble.

Points were awarded for standard offensive scoring, as well as turnovers, stops and three-and-outs on the defensive side.

The Roughers will now head to Summer Pride and later, team camps and 7-on-7s.