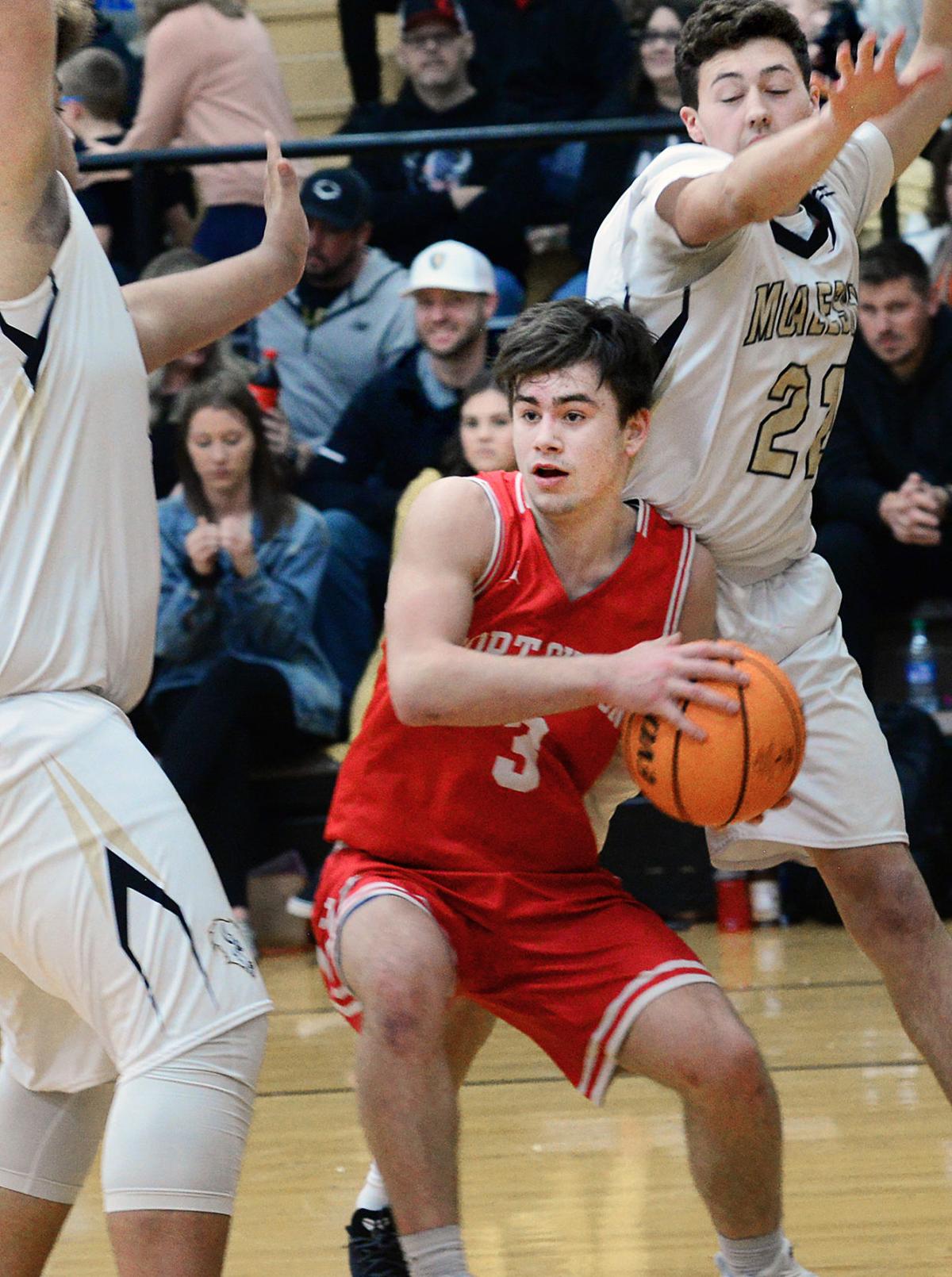 Fort Gibson’s Jaxon Blunt looks for a teammate through McAlester’s defense on Thursday. 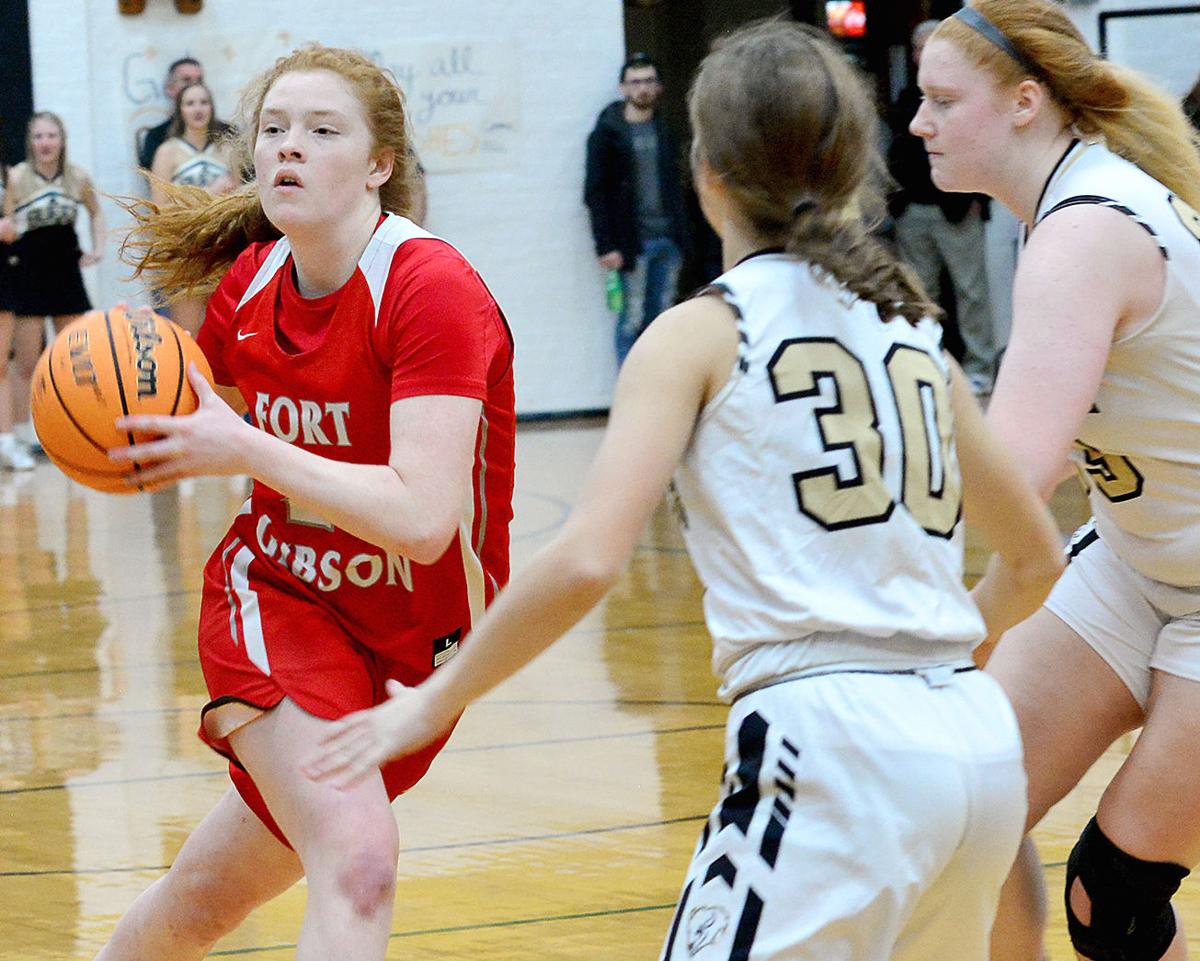 Fort Gibson’s Jaxon Blunt looks for a teammate through McAlester’s defense on Thursday.

Fort Gibson got the job done in three quarters, then turned it over to its bench in the fourth in what was a 72-56 win over the McAlester Buffaloes Thursday in McAlester.

The Tigers led 60-22 after three periods, holding the Buffs in single digits in every quarter.

Tegan Thornbrugh, coming off an ACL repair, had 8 points in the third. Caden Dennis had 6 of his 8 in the fourth, but McAlester caught fire and outscored the Tigers 34-12 to make it closer.

Fort Gibson got a scare in the fourth when Cameron Dornan took a charge from McAlester’s Adante Holiman and went to the floor, his head hitting the hardwoods. He was taken by ambulance for precautionary reasons. Holiman reportedly suffered a gash to his chin.

Entering the game off a wild comeback against Wagoner on Tuesday, the Tigers moved to 16-6 with their fourth consecutive win and third in three meetings with McAlester, which fell to 2-20.

“We had a really good third quarter. Moved the ball, made shots got rebounds, got some steals and pushed the lead out there,” said Fort Gibson coach Todd Dickerson. And, our defense was good through the first three quarters. Our guys did well.”

Fort Gibson will host Sequoyah to close the regular season on Monday.

Kynzi London’s three 3s in the first quarter spurred Class 4A No. 3 Fort Gibson to a 21-8 advantage and the Lady Tigers made it 17 consecutive wins, beating 5A No. 12 McAlester,

London had four 3s in the first half and finished that half with 14 points to lead her team. She did not play the second half after tweaking an ankle.

“She’ll be fine, just one of those deals.  We could have played her if we needed to,” FGHS coach Chuck London said.

“We came out hot and just playing good ball and hitting open shots,” London said. “Kynzi was really hot and Zoey too. Reese was solid the whole game.”

It was the Tigers’ second win in two meetings between the two. Fort Gibson won at home in mid-January, 44-35.

“This was a test for our girls, a big crowd, loud,” London said. “I thought our girls handled the pressure well.”

They’ll face another pressure situation Monday in the regular season finale — Class 3A No. 1 Sequoyah comes to Fort Gibson for the only meeting between the two powerhouses this season.

“We’ll worry about that come Monday and feel good about this one for a little while,” London said. “They’re very good and they’re playing really well. It should be an exciting contest.”