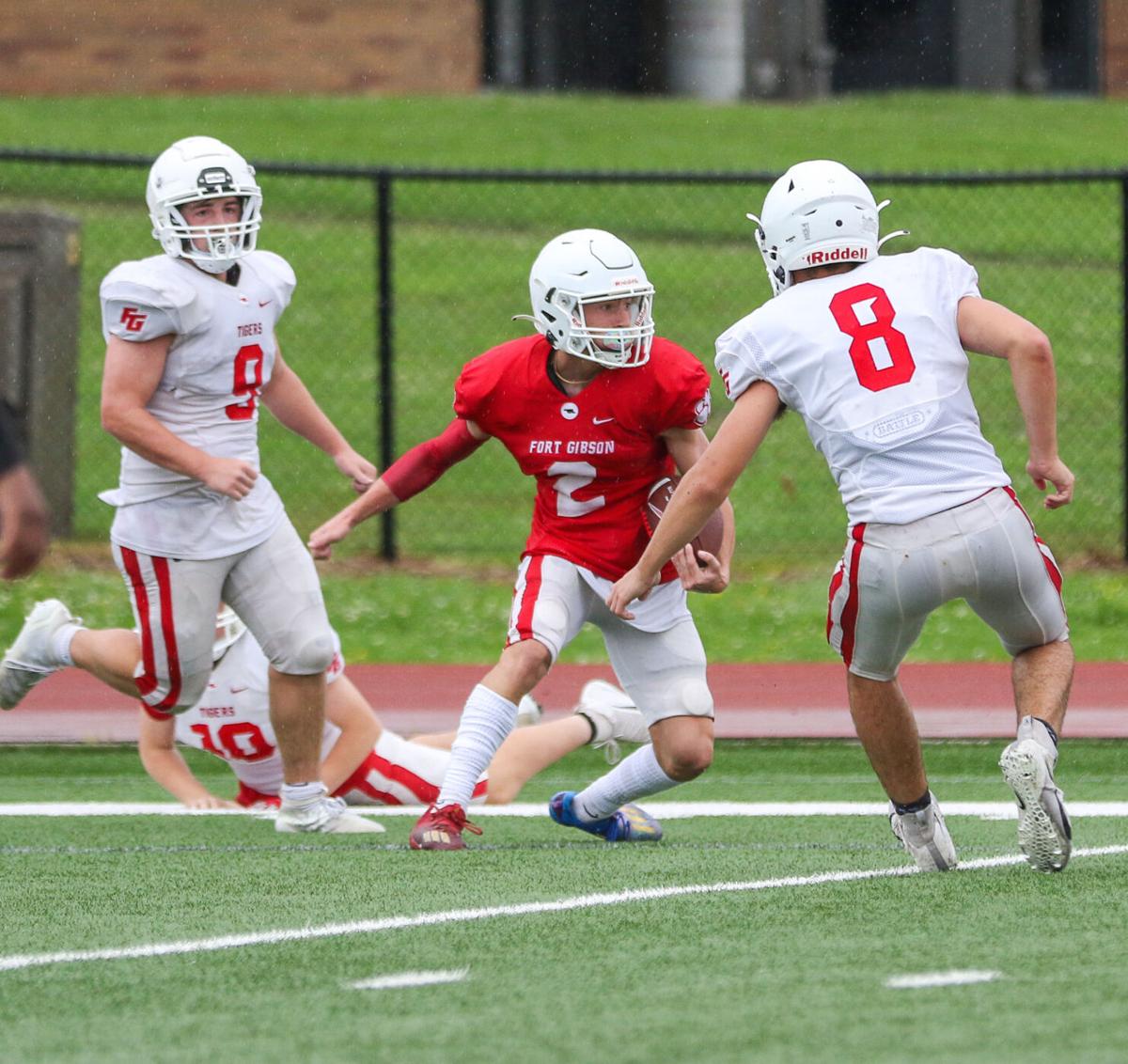 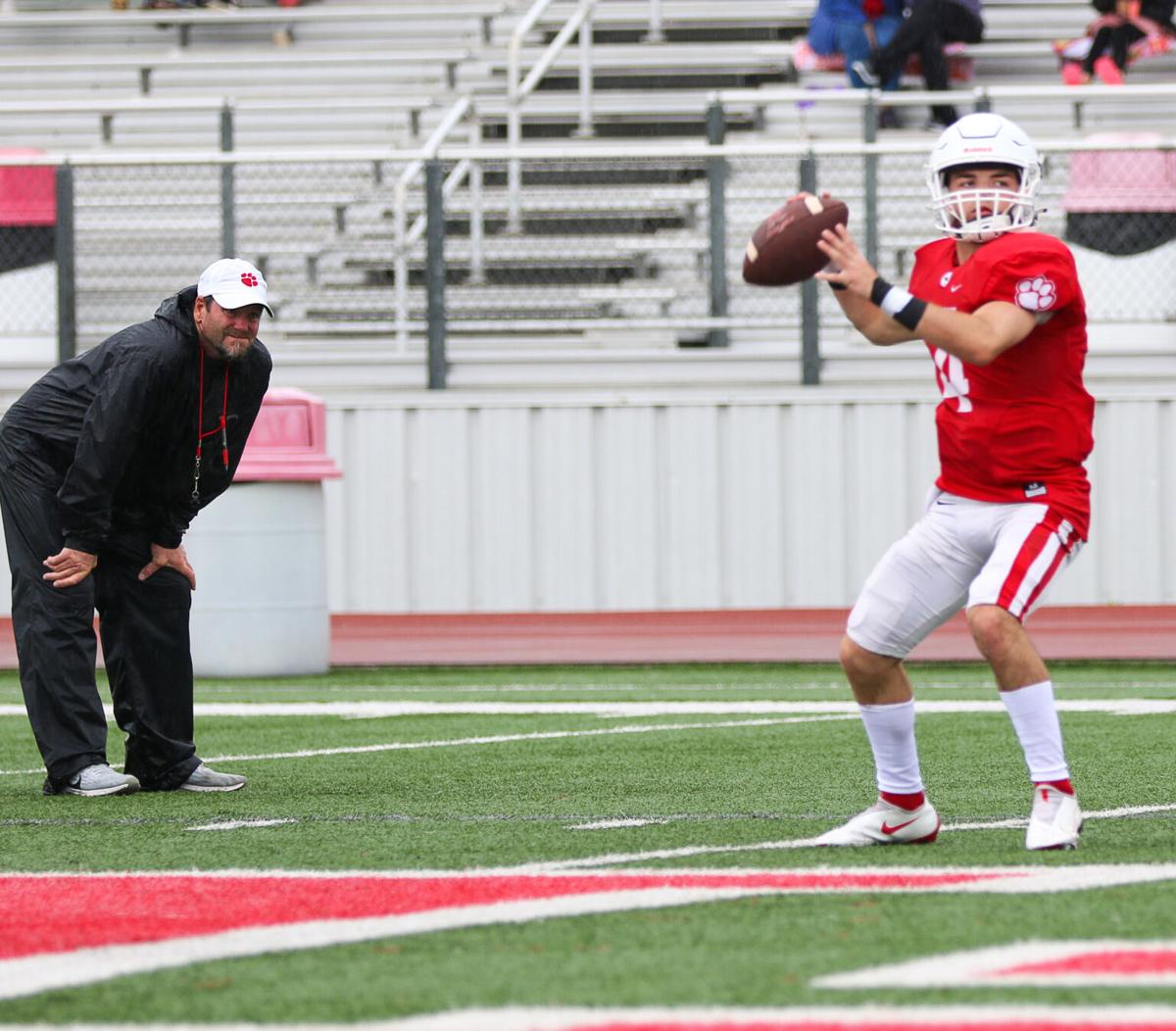 FORT GIBSON — Greg Whiteley was clear about it before hand.

The major football event in his mind this week was the upcoming pad camp against real competition, something his program hasn’t had in two seasons due to flooding and COVID.

But there was the tradition of Tuesday’s spring game to get through — which put a smaller group of seniors-to-be and other veterans against a much bigger group of underclassmen.

The numbers didn’t reflect the Alamo. The few Red had seven touchdowns to the larger White roster’s one in what for the most part was a steady downpour.

“We wanted all of them reps and that’s the best way to do it. We’ve got to be ready to go for Friday,” Whiteley said.

Red quarterback and three-year starter to be Cole Mahaney went up top on the first play, hitting Cade Waggle on a 70-yard touchdown strike.

Toby West, who had runs of 16, 19 and 21 yards, the latter bouncing off several defenders, scored on a 2-yard run.

Again Mahaney found Waggle on a pass in the flat. Waggle dodged several tacklers and went 62 yards for a score. Then it was West again,  all on a 65-yard sweep.

“We’ve got guys we have to get the ball to and a bunch of them,” Whiteley said.

“It’s not just a tailback and wide receiver or two. We’ve got 5-6 receivers and 4-5 running backs, two good-looking tight ends and an offensive line that is young in spots, but we have some veterans too.”

The Red defensive front of John Lewis, Ryan Capps, Gerald Fairchild, Brody Rainbolt and Mike Johnson all had their moments dominating the line of scrimmage. One of Lewis’s was an interception.

Tim Murphy had a 2-yard touchdown run, Waggle one of 28 yards and Mahaney had a 10-yard toss to Landon Bebee for his third TD pass.

The White found the end zone late in the fourth 15-minute session with Atlas Potter showing some strength driving defenders with him into the end zone on a 1-yard carry.

“We expect him to have an impact,” said Whiteley.